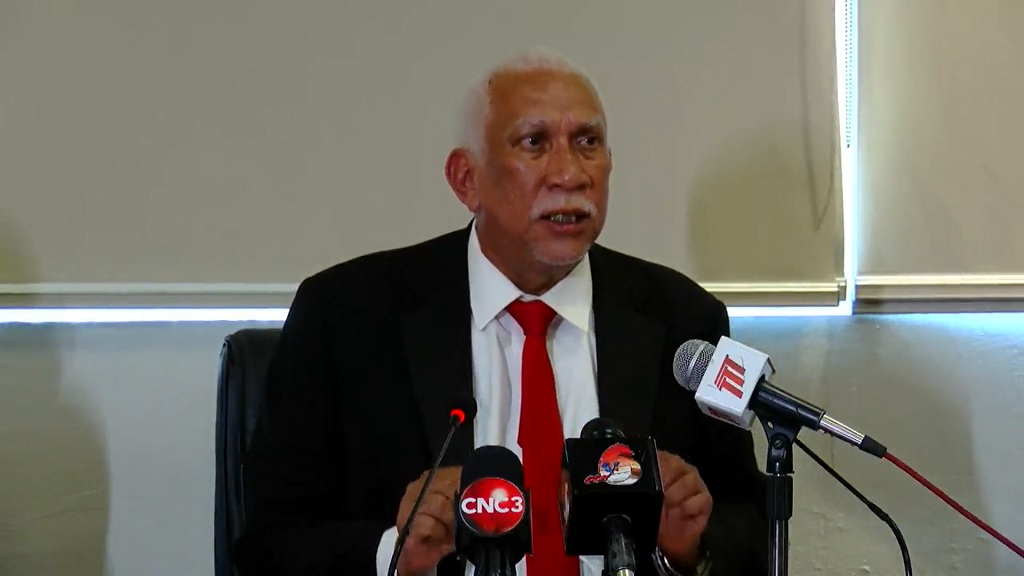 In a release on Friday, Meighoo said that Noel Garcia is playing smart with foolishness by accusing Dr. Roodal Moonilal and Senator Wade Mark of mischief.

According to Meighoo, “The mischief is from the Government who keeps providing the country with conflicting figures and is unable to explain why. They instead send their lackeys to insult citizens who ask questions.
Opposition Parliamentarians Moonilal and Mark have merely been pointing out the Government’s inconsistent and changing figures, and have been demanding explanations. These changes and discrepancies from the Government have been going on since 2019.”

He added: “It is the Government’s and UDeCOTT’s job to provide an explanation for these differences, not to accuse the Opposition of mischief for raising these discrepancies in our national accounts.”

“Noel Garcia is a consummate PNM insider, brother of former minister Anthony Garcia, uncle-in-law of former Minister and current President of the Senate Christine Kanglaoo, and recipient of decades of PNM patronage via so-called “special purpose companies” set up by the PNM to spend the country’s money without the oversight that a Ministry would be subject to.”

Meighoo said, “He is fast and out of place to accuse the elected opposition of asking for clarification.
Wade Mark has rightly asked whether they are cooking the books. Garcia appears to be a key facilitator of the PNM’s decades-long raid of the Treasury.”
“If the Opposition’s questions about escalating costs from $500,000 to $2 million to $17 million to $20 million to $37 million to $48 million to $63 million keep changing and raising, it is only because UDeCOTT and the Government are the ones providing those figures to the public and the Parliament.”

Meighoo continued: “Garcia is fast, out of place and plainly lying when he falsely claims that UDeCOTT figures have been constant. In fact, at his own press conference he showed escalating costs, including $8.6m for “security issues” (without any itemisation), a road (costing an absurd $5 million, contracted out to the Prime Minister’s business associate!), and what he claimed to be VAT charges that were omitted from previous figures.”

“It is precisely because UDeCOTT’s numbers keep changing that the questions are raised in the first place.
The arrogant Garcia did not even bother to explain the conflicting figures given to Parliament, in the draft Estimates of Expenditure, and to the media by UDeCOTT and the Cabinet.
Instead, Garcia accused the Opposition of mischief for pointing out these glaring discrepancies and demanding accountability.”

He said: “Just because he is a well-connected PNM insider does not mean that he is not accountable for spending the people’s money, especially when citizens are forced to tighten their belts, to forego wage increases, to absorb inflation on 2013 salaries, to forego laptops for their children in school, to forego road repairs, to pay more for fuel at the pumps, to use coal pots instead of gas stoves, to ride bicycles instead of driving cars, to eat less ham and macaroni pie, to go out to the movies less often, and are otherwise scolded by Government for not wanting to sacrifice, while everything is falling apart in Trinidad and Tobago.”

“Mr. Garcia, do your job and explain to the people why all these figures that have been presented are conflicting with each other. Are you covering something up? Are you cooking the books?
This is a democracy. We have the right to ask questions and get truthful answers. You are an unelected employee of the State and you must answer the elected Opposition’s questions. Put your arrogance and insults in your back pocket.”

Woman charged with murder after kissing an inmate goes wrong 0