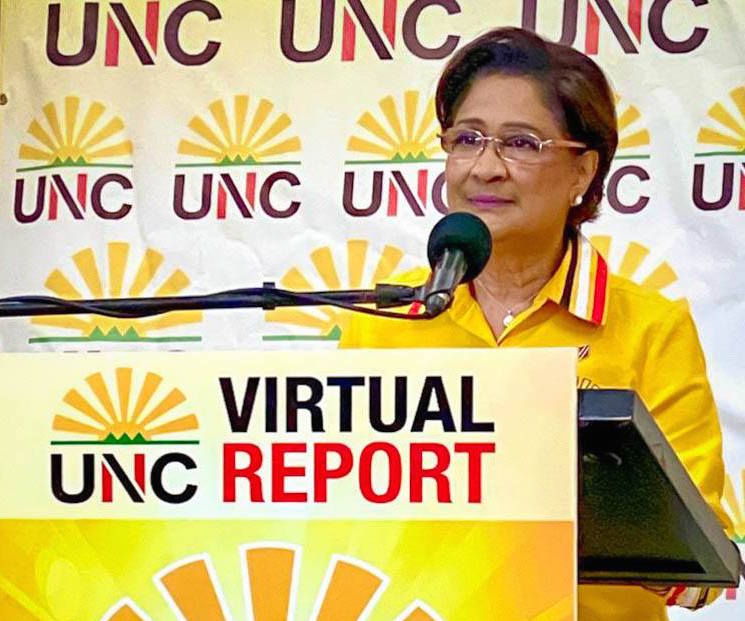 Is the soon to arrive fast ferry the APT James a brand new vessel, and if so, why is a report stating that this new vessel is sailing with a number of troubling issues?

This was the query made by Opposition leader Kamla Persad-Bissessar, during last night’s UNC meeting to launch the party’s campaign for the January 25 local government election.

“She said “When the vessel was in Malta and gone through inspections, we expected a brand-new half-a-billion-dollar vessel would have been free from any deficiencies.”
“Defects range from a lack of proper certification and documents to missing fire safety equipment and a lack of proper structural access points to vital areas of the ship. It was even discovered the electronic charts that assist the navigation of the vessel was outdated and did not conform to current maritime codes.”

Persad-Bissessar said “The fact these deficiencies exist at all in what is supposed to be a brand-new ferry demonstrates the lack of attention to detail that went into preparing the ship before it was sent to T&T. This was a Government-to-Government arrangement which is no longer subject to the Procurement law. They can make these big purchases without any oversight.”

Cardi B officiated a same sex wedding with Raven-Symoné 0

MOH: Pfizer vaccine is available to all children between the ages of 12-18 years of age regardless of whether they are students or not 0