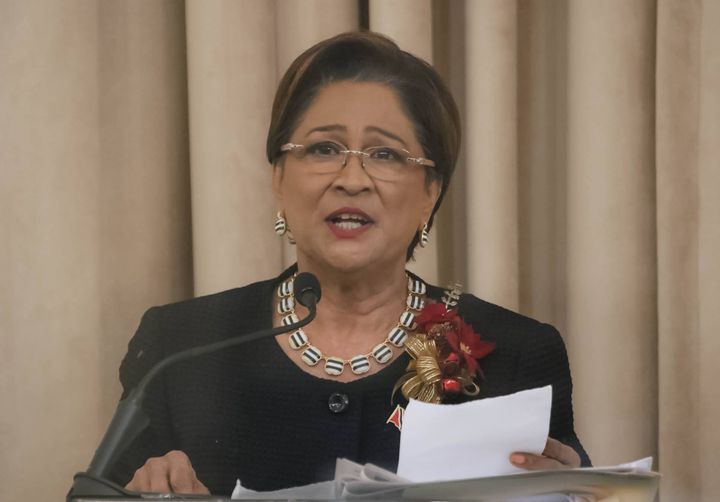 The United National Congress is of the view that government is playing games with the assets of the people of T&T, as one day after announcing the rejection of another offer from Patriotic Energies and Technologies for the Petrotrin Refinery, government has now given them 15 more days to show proof that they can secure funds.

The party has also expressed disgust at comments made by the Prime Minister, after UNC leader Kamla Persad-Bissessar called for his resignation on the matter.

In a release, they said “Every time Keith Rowley has been exposed as a liar he resorts to personal insults as a way to deflect. Now that his pledge to sell the Petrotrin refinery to Patriotic Energies has been exposed as yet another lie, he is predictably “blaming Kamla” once more.”

“Keith Rowley heads the Cabinet that took the decision in 2018 to shut down the refinery, without a proper plan in place for the future. As a result of this action, thousands of ex-Petrotrin workers were put on the breadline, many of whom have lost their homes and savings. Rowley lied to these workers and their families for months with promises that the refinery would be open again. The Government failed in its due diligence and politicized the sale to Patriotic Energies.”

The UNC said “We remind the population that following the closure, Rowley appointed his personal lawyer to head Petrotrin. The question remains: was Petrotrin shut down to cover up the fake oil scandal? Was the country sacrificed to cover up this scandal?
It comes as no surprise that instead of owning up to the economic mess he created, and telling the country the truth, the Prime Minister has once again resorted to degrading name-calling.

The release added “Keith Rowley has proven he cannot be trusted. He has tried to spin his incompetence and flip-flopping on the sale of one of the country’s billion-dollar assets, expecting the population to accept his lies and mishandling of the entire debacle.”

“Once again, we must remind the population that the Opposition did not object to Patriotic Energies – we opposed the shutting down of the refinery.”

The UNC said their position has always been that this country’s energy assets should remain in the hands of the people of Trinidad and Tobago, and at every turn, they have called for transparency and accountability in the process.

Bizarrely, according to the UNC, the Government has now given Patriotic a further fifteen days to secure financing. “However, one wonders how Patriotic can be expected to secure this 500 million USD in the next fifteen days, granted they were previously given an extension that they could not meet. The Government is clearly playing games with our sacred billion-dollar assets by operating in this ad hoc manner.”