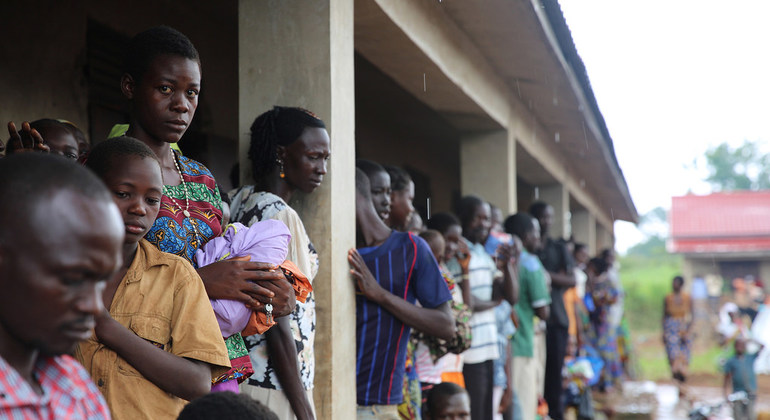 On December 11th the Ethiopian government reported that it is returning Eritrean refugees to refugee camps in Tigray, northern Ethiopia, from which they had fled.

In turn, the United Nations Organization indicated that it has been receiving reports for close to a month denouncing murders, kidnappings and forced returns of Eritrean refugees and denouncing an “important violation of international law.”

The nightmare for those who fled the war on the Ethiopia-Eritrea border worsens. Since the internal conflict in the Ethiopian region of Tigray transcended borders and reached the neighboring state of Eritrea, thousands of people from that country fled to the refugee camps in Tigray. However, given the deepening of the conflict and in search of basic means of survival, many of them left the camps to enter other areas of Tigray or move to third regions of Ethiopia.

However, now, is a fact that the United Nations Organization described as “disturbing”, Ethiopia reported this Friday that it is returning thousands of refugees by buses to the border area with Eritrea, the nation from which they originally fled.

For its part, the UN issued a statement saying that over the past month it has received an overwhelming number of “disturbing reports of Eritrean refugees in Tigray killed, kidnapped and forcibly returned to Eritrea.” If confirmed, the organization points out, “these actions would constitute a significant violation of international law.”

The United Nations explains that these are refugees who fled the camps to places within Tigray and other regions of Ethiopia. “We have met with some (refugees) who managed to reach Addis Ababa (Ethiopian capital). It is essential that Eritrean refugees are able to move to safe places and receive protection and assistance whenever possible, even outside Tigray, given the traumatic events which they reportedly witnessed or survived, “the organization said.

The Ethiopian government indicated that it has defeated forces loyal to the former Tigray People’s Liberation Front (TPLF), which for decades has ruled the region and ensures that the area is now safe for refugees who fled.

“A large number of misinformed refugees are moving irregularly … the Government is safely returning these refugees to their respective camps,” the Ethiopian government said in a statement, adding that food is being transported to the camps.

For its part, the TPLF affirms that the confrontation has not ended and that it continues to fight on several fronts.

“Please come, please come, the buses are here!” A woman yelled as children crying could be heard.

Another woman said Eritreans are facing growing hostility from Tigrayans who accuse Eritrea of ​​sending troops to Ethiopia to help Abiy Ahmed’s government fight the TPLF.

Green Screen reveals the finalists for the mobile film competition 0