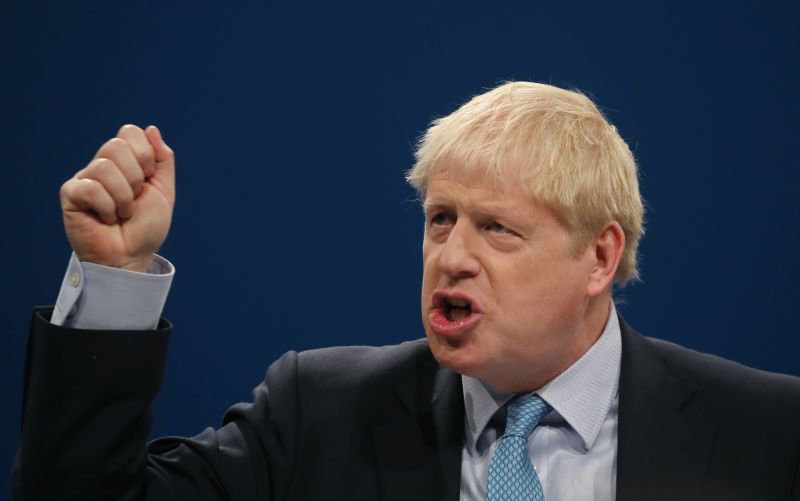 British Prime Minister Boris Johnson thinks his talks with the EU will fail and that he will then have to “do all sorts of things” to prevent another Brexit delay, a government official told The Spectator magazine.

But should an extension still be granted at next week’s EU summit, Johnson will not re-submit his current proposal, the source in Johnson’s Downing Street office said.

Instead he would campaign for a potentially chaotic “no-deal” Brexit in a snap general election, the source was quoted as saying late Monday by the magazine, which has traditionally supported the ruling Conservative party.

“If this deal dies in the next few days, then it won’t be revived. To marginalise the Brexit Party, we will have to fight the election on the basis of ‘no more delays, get Brexit done immediately’,” the source added.

“They thought that if (former prime minister Theresa) May went then Brexit would get softer. It seems few have learned from this mistake.”

Downing Street did not comment on the story and made no effort to deny or refute it in any way.

Johnson promises to take Britain out of the European Union by the twice-delayed Oct 31 deadline.

Johnson is widely expected to try and find a loophole in parliamentary legislation that requires him to seek a Brexit delay if no new deal comes through by Oct 19, the day after an EU leaders’ summit ends in Brussels.

A new Brexit proposal he outlined last Wednesday aimed at avoiding a hard border between EU members Ireland and the British province of Northern Ireland after Brexit has been received poorly in Brussels.

Few expect a breakthrough by Friday – the EU’s self-imposed deadline.

This cooperation would include security issues, The Spectator said.

“We will also make clear that this government will not negotiate further so any delay would be totally pointless,” said the source.