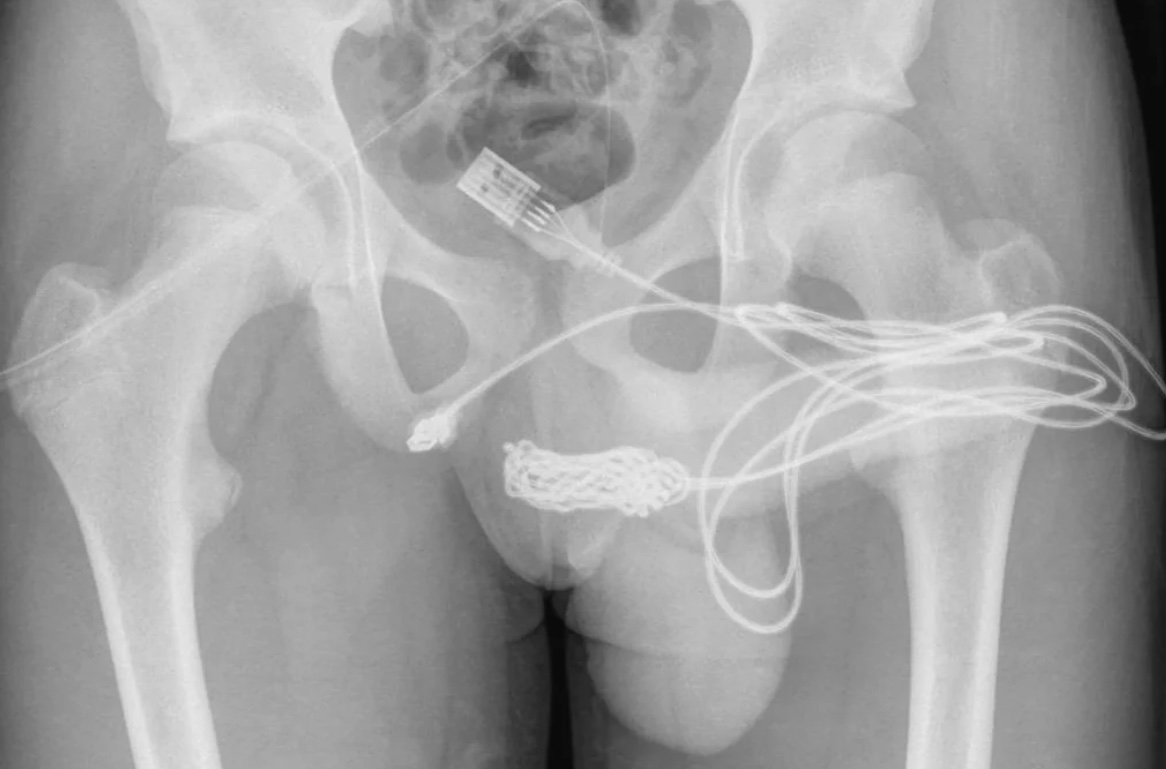 A UK teen had to undergo emergency surgery after a bananas attempt to measure his manhood resulted in him getting a USB cable lodged in his urethra.

The phallic fiasco reportedly began after an unnamed 15-year-old boy was “triggered by sexual curiosity” and inserted a USB wire into his urethra, per a wince-worthy study published in the medical journal Urology Case Reports.

The sexperiment backfired when the cable became lodged in the curious teen’s scrotum like an electronic catheter. Despite attempts to extract it himself, the USB cord became tangled so terribly that both ends were left hanging out of his wired willy.

The plugged-up boy’s family transported him to the hospital after he began urinating blood. After initial attempts to remove the wire failed, the teen was transferred to University College Hospital London to see if they could extricate the intra-penile measuring tape.