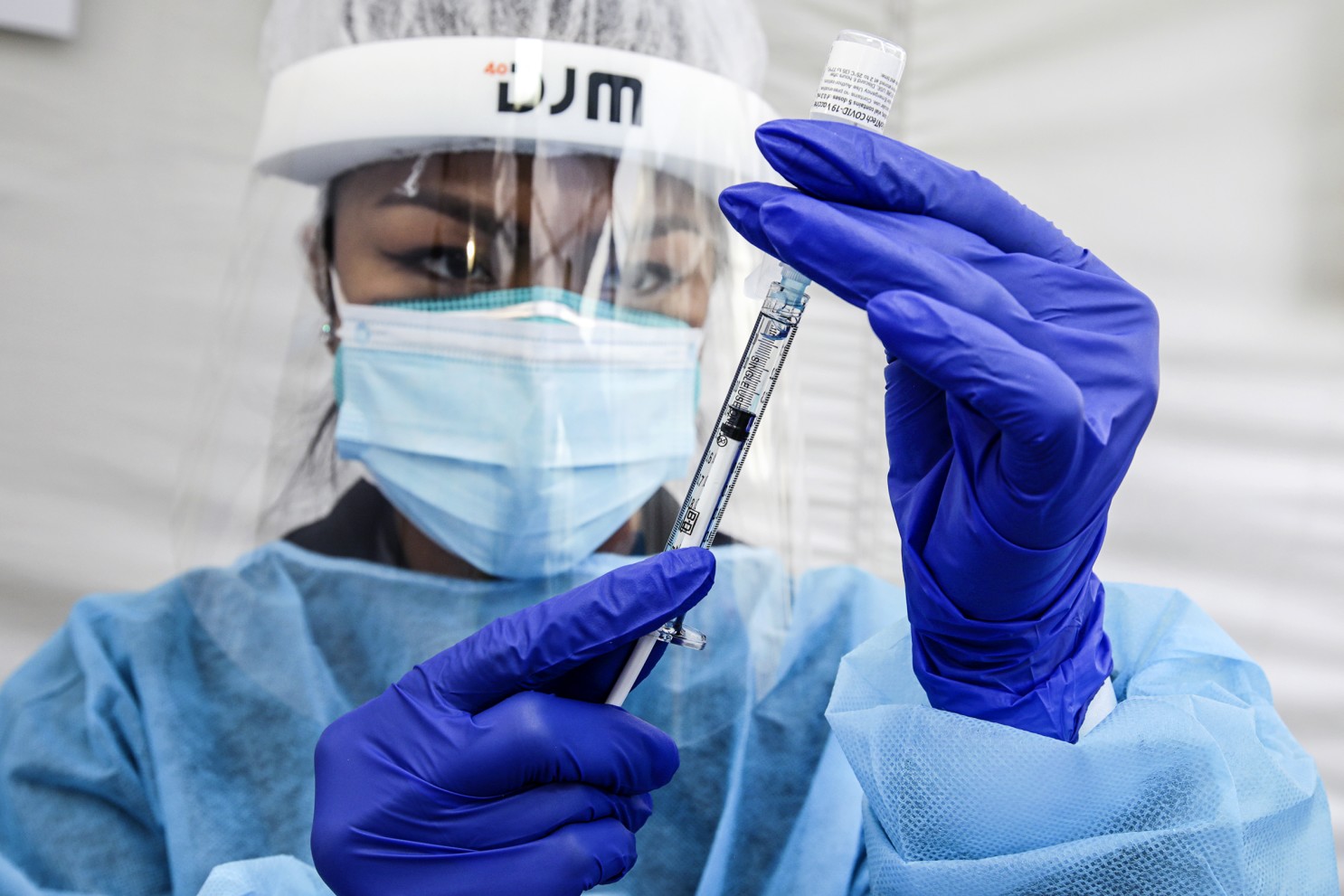 British Prime Minister Boris Johnson said on Friday the government would speed up its COVID-19 vaccination program to try to contain another rapidly spreading variant that could derail the reopening of the UK economy.

The UK has launched one of the fastest vaccination campaigns in the world, giving the first injection to almost 70% of the adult population and a second to 36%, helping to reduce infection rates and death.

However, the emergence of the B1617 variant  (which was first identified in India) in parts of northern England and London has prompted some scientists to call for the reopening to be delayed and to rethink the speed of deployment. vaccine.“I think we should trust our vaccines to protect the public while monitoring the situation very closely as the race between our vaccination schedule and the virus may be about to get much tighter,” said Johnson at a press conference.
Chris Whitty, England’s chief medical officer, said there was now confident that B1617 was more transmissible than the B117 variant which was first identified in Kent and fueled the second wave of infections in England. He said B1617 could come to dominate Britain.
Johnson said the government would speed up the remaining second doses for people over 50 and those clinically vulnerable to the disease up to just eight weeks after the first dose, and prioritize the first doses for those who are eligible. but had not yet manifested.
Even so, the spread of the variant could disrupt Britain’s progress outside the lockdown, making it more difficult to move into the final stage of a phased reopening of the economy in June, he said.
Johnson aimed to lift all restrictions on June 21, after allowing Britons to kiss again, meet in small groups indoors and travel abroad from Monday.
Public Health England said Thursday there had been 1,313 cases of B1617 in England in one week, more than double the figure from the previous week, with four confirmed deaths.
Whitty has said so far that there has been no significant increase in hospitalizations from the variant, which could be due to more people having been vaccinated. But Johnson and Whitty both said it was still early days and scientists would need to look at the data over the next two or three weeks to really see the impact of the variant.
Britain put India on a travel ‘red list’ in April, meaning all arrivals from India – now suffering from the world’s worst COVID-19 wave – would have to pay for self-quarantine in a government-approved hotel for 10 days.
Media at the time suggested that because the quarantine requirement was announced four days in advance, many people had sought to steal in advance. Even with new variants, the government will likely want to avoid repeating the regional borders used last year, which ultimately failed to prevent two more national lockdowns.
Nationally, infections are still low and have fallen for a fifth straight week in England, according to figures from the Office for National Statistics (ONS) on Friday.
Covid-19 Coronavirus 2727 Health 2361 Medicine 597 News 9791 World 1536