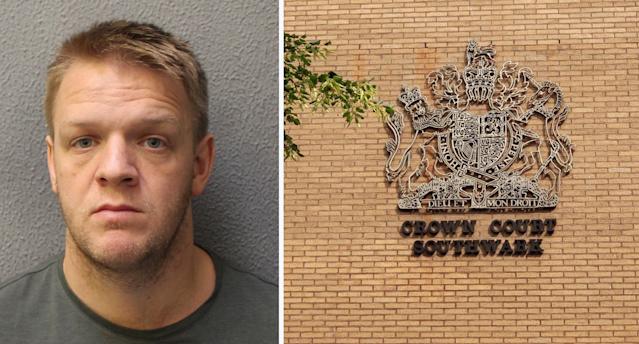 A serving Metropolitan Police officer has been jailed after breaking a Black man’s knee in what the judge described as a “clear case of racial profiling”.

Charlie Harrison, 39, attacked Carl Abrahams, 47, as he was leaving a graveyard with his two sons aged 13 and 16 in Forest Gate, east London on New Year’s Eve 2018.

Harrison, who worked on the Met’s violent crime task force, was in plain clothes when he got out of his unmarked police car to approach Abrahams – who had just taken his sons to their mothers grave at Manor Park cemetery – to conduct a police stop, Southwark crown court heard.

Abrahams told the court he was unaware Harrison was a police officer and pushed past him and kept walking at which point the officer kicked him in the knee – causing a fracture which left him on crutches for three months.

The court heard Harrison used a “leg sweep” to knock Abrahams to the ground and made no attempt to identify himself as police officer. He also threatened a passer-by with arrest if they did not “move along”.

The judge said Abrahams and his sons had done nothing wrong and had not been acting suspiciously.

“Having heard the evidence at trial I strongly suspect that the reason that you stopped Mr Abrahams and his sons was because they were black,” judge Greg Perrins said. “I am satisfied that had they have been white you would have driven by without disturbing them.”

Harrison was sentenced to two years and three months in prison after a jury convicted him of causing grievous bodily harm on Monday (April 12).

Mr Abrahams initially filed a complaint to the Independent Office for Police Conduct (IOPC) in January 2019 and the watchdog decided that the Met should investigate locally. An investigation was launched by officers from the Directorate of Professional Standards (DPS) and PC Harrison was charged with GBH in August 2019.

Police said Harrison has been suspended from duty and now faces disciplinary proceedings.

“His actions were found to have fallen well below the standard we expect of our police officers, with a man left badly injured,” said police commander Paul Betts in a statement.

“This type of behaviour has no place in our police service and undermines the confidence of the communities we are here to protect,” Betts added.

Neymar Goes Berserk At Referee About A Penalty Against PSG 0