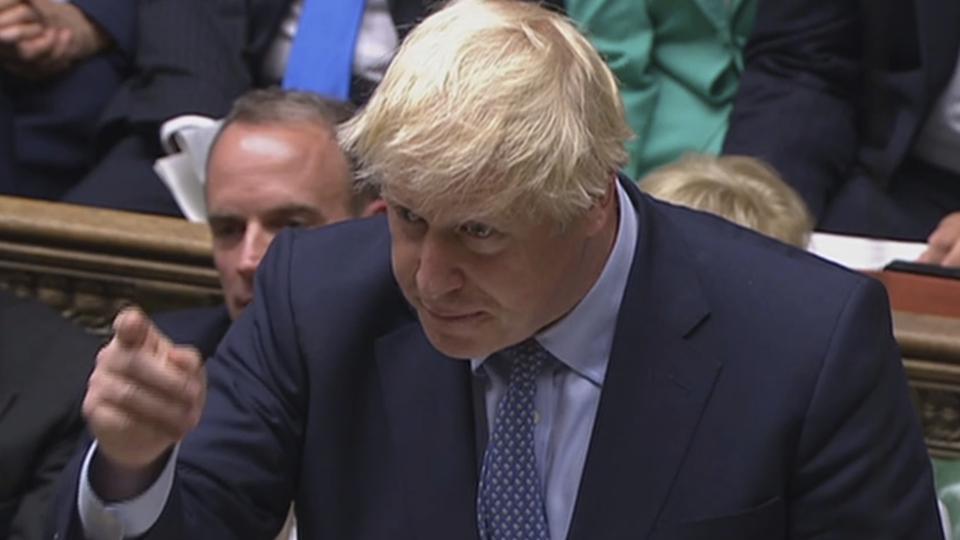 Terming the Supreme Court’s landmark ruling on Tuesday against the Boris Johnson government’s prorogation of parliament as “wrong”, UK prime minister Boris Johnson sparked fury on Wednesday night after he appeared to be goading opposition MPs with words and terms associated with conflict and war.

House of Commons speaker John Bercow joined calls for lowering the temperature and moderating language after Johnson took on opposition MPs seeking apology and humility in the face of the court’s ruling that his advice to Queen Elizabeth to prorogue parliament is “unlawful”. Johnson, instead, went on the offensive.

Using words such as “surrender”, “capitulation” and “humiliation” to describe the cross-party bill that became law to rule out a no-deal Brexit on October 31, Johnson faced accusations of encouraging a climate in which several MPs and family members on both sides of the Brexit argument have faced death threats.

Bercow said while opening the session on Thursday: “There is a widespread sense across the house, and beyond, that yesterday the house did itself no credit. There was an atmosphere in the chamber worse than any I’ve known in my 22 years in the house. On both sides passions were inflamed, angry words were uttered. The culture was toxic”.

Johnson prompted fury by appearing unrepentant and describing criticism of his language as “humbug”. Labour MP Paula Sheriff accused him of inciting hatred towards MPs: “People are really frightened and for him to treat it almost like a joke, was absolutely horrific and demeans the Office of the Prime Minister”.

She recalled the murder of Labour MP Jo Cox in 2016 by a far-right activist, adding that she feared that another MP could be killed and insisted she was not scaremongering: “We all need to reflect on our language and our behaviour. The bad behaviour is not exclusive to Conservative MPs.”

Conservative MP Simon Hoare added: “There needs to a change in the mood music emanating from Number 10 because as a Tory party we obey the rule of law and the fact that is in question in this place should bring shame on all of us”.

During angry exchanges, Johnson challenged the opposition to support a motion for another election or table a no-confidence motion in his government. Labour and other opposition parties insist the election should be called only after the Johnson government seeks an extension to the Brexit date beyond October 31th and the UK does not leave the EU without an agreement economically considered the worst-case scenario.