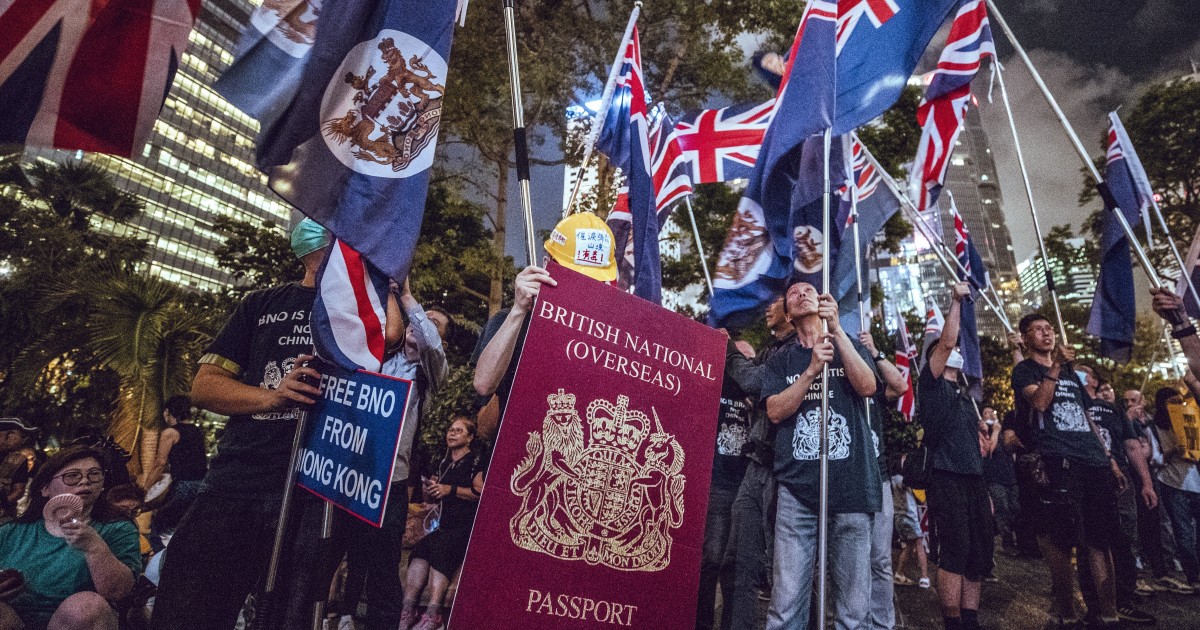 Hong Kong residents can apply for a new visa from Sunday giving them the option to become British citizens following China’s crackdown on the former colony, but Beijing has said it will no longer recognize the special British passport already used.

UK government forecasts indicate that the new visa could attract more than 300,000 people and their dependents to Britain. Beijing said it would make them second-class citizens.

Britain and China have been arguing for months over what London and Washington say is an attempt to silence dissent in Hong Kong after huge pro-democracy protests in 2019 and 2020.

Britain says it is fulfilling historic and moral pledge to the people of Hong Kong after Beijing imposed new security law on the semi-autonomous city which Britain says violates terms of agreements under which the colony was returned to China in 1997.

“I am extremely proud that we have set this new path for the BN (O) of Hong Kong to live, work and settle in our country,” Prime Minister Boris Johnson said, referring to a British National Overseas (BNO) special passport holders.

However, China and the Hong Kong government retaliated by saying they would no longer recognize the BNO passport as a valid travel document from Sunday January 31st.

The program, first announced last year, opens on Sunday and allows people with British (overseas) national status to live, study and work in Britain for five years and possibly apply the citizenship.

BN (O) is a special statute created under UK law in 1987 which specifically concerns Hong Kong.

Britain’s Foreign Office said it was disappointed but not surprised by Beijing’s decision not to recognize the BNO passport. China’s move is largely symbolic as Hong Kong residents do not normally use their BNO passports to travel to the mainland. A BNO passport holder in Hong Kong can still use their Hong Kong passport or ID card.

The £ 250 ($ 340) visa could attract over 300,000 people and their dependents to Britain and generate up to £ 2.9 billion in net benefits for the UK economy over the next five years, according to government forecasts.

The number of people who will accept the offer is still very uncertain.

China claims the West’s views on its actions on Hong Kong are clouded by misinformation and an imperial hangover.

Party on the Promenade for returning TTO cyclists 0