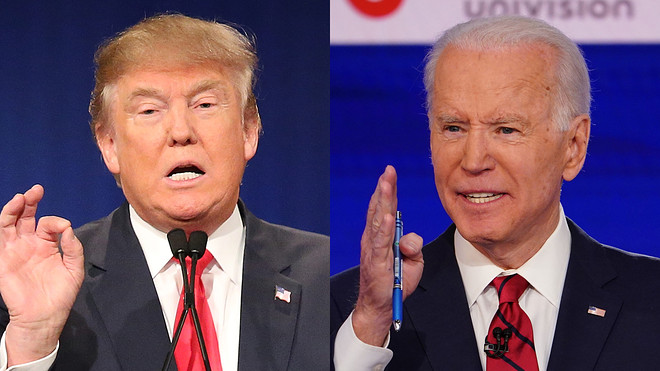 The coronavirus was always going to be difficult terrain for the president. He had to defend a response that has resulted in more than 200,000 American deaths. He did so by saying the steps he’s taken prevented more deaths from taking place, and suggesting Biden would have made things worse.

Biden’s reply was to talk directly at the camera, asking the viewers if they could believe Trump (polls indicate a majority of Americans disapprove of Trump’s handling of the pandemic).

In one telling exchange, Trump boasted about the size of his campaign rallies – held outside because that’s what the “experts” – with emphasis on that word – suggest. He then said Biden held smaller rallies because he couldn’t attract larger crowds.

It represents a fundamental difference in the way the two candidates view the pandemic and whether the situation is getting better – or worse.

WATCH for the full debate –