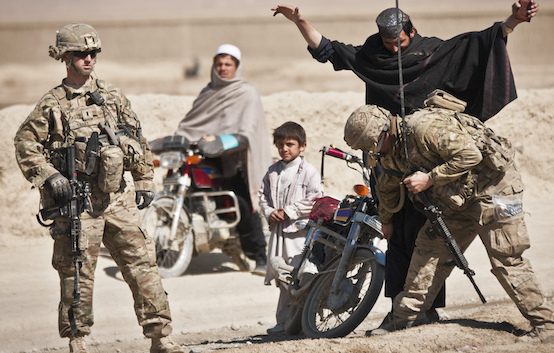 U.S President calls off peace negotiations with the Taliban

US President, Donald Trump said he called off peace negotiations with the Taliban that sought to end America’s 18-year war in Afghanistan.

Trump tweeted he had been set to meet Afghan President Ashraf Ghani and senior Taliban leaders on Sunday. 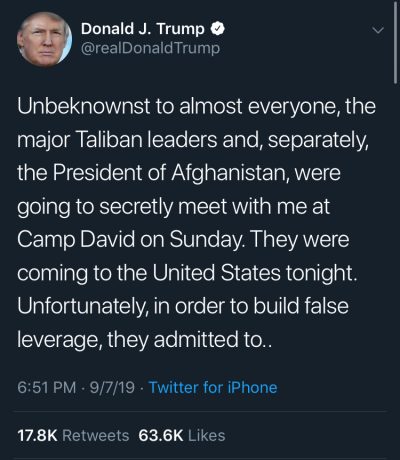 But he cancelled the secret meeting at his Camp David retreat after the militants admitted they were behind a recent attack that killed a US soldier. 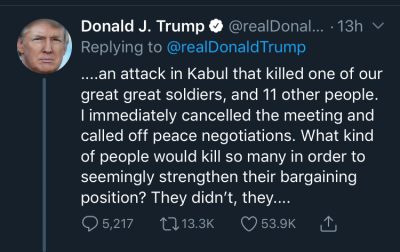 The Taliban said Americans will “lose the most” for cancelling.

The talks were due to take place a few days before the anniversary of 9/11.

Loading...
Newer Post
Minister of National Security says he is proud of the TTDF; this in light of Hurricane Dorian relief efforts to Bahamas
Older Post
OPDM calls on T&T citizens to assist people in The Bahamas

Seven-goal Atalanta Run Riot to Close in on Juventus 0