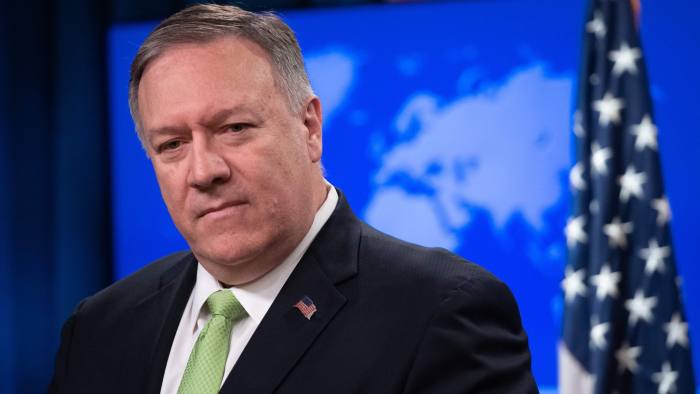 “Venezuela’s electoral fraud has already been committed. The results announced by the illegitimate Maduro regime will not reflect the will of the Venezuelan people “, said the US Secretary of State, through their social networks.

The Cuban-American Congressman Mario Diaz-Balart, assured that Maduro will not be able to confuse them with the “false elections” that are held in that country to elect the deputies who will form the National Assembly (AN, Parliament).

“The desperate and evil Maduro dictatorship will fail to confuse us with these false elections today in its efforts to remain in power. The people of Venezuela deserve freedom and democracy “, said the Republican congressman on Twitter.

Díaz-Balart, a congressman for the state of Florida, where an important Venezuelan community resides, joined the voices of the Democratic senators Bob Menéndez Y Dick Durbin, who last Friday denounced that with these elections Maduro seeks “to screw even more in power.”

The United States does not have diplomatic personnel in its embassy in Venezuela since both countries broke relations in 2019, so the mission is located in neighboring Colombia.

Washington does not recognize Maduro as legitimate president. Therefore, in Story’s appointment there has been no delivery or acceptance of a credential letter, which leaves the American diplomat without recognition from Caracas. Instead, the United States regards Guaidó as the “interim president” of Venezuela.

In the swearing in of office this Friday, Story described the Maduro government as“Ruthless regime” and reiterated Washington’s support for Guaidó and the opposition forces.

The elections held this Sunday by the Venezuelan dictatorship lack international recognition. In addition to the United States, the European Union (EU) announced that it will not recognize the results announced by the Chavista authorities, as well as a large part of the international community. Not even the UN sent an observer mission, given the lack of democratic guarantees.