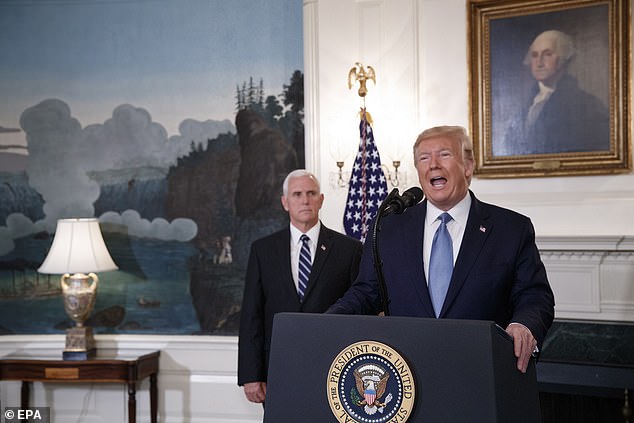 His decision came after Russia agreed with Turkey to deploy troops to extend a ceasefire along the Syrian border.

“Let someone else fight over this long bloodstained sand,” the president said in a TV address from the White House.

He was heavily criticised by both Democrats and Republicans for the abrupt military pullout, as the Kurds targeted by Turkey had been key US allies in the fight against the Islamic State group (IS) in the region.

Turkey ordered the military operation against the Kurdish People’s Protection Units (YPG) militia – which it considers a terrorist organisation – on 9 October, days after the US withdrawal was announced.

The French President Calls On Russia To End Devastating Aggression 0