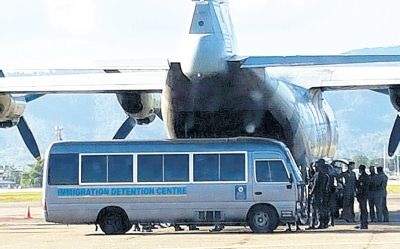 The Trump administration secretly deported numerous Venezuelans this year, even as it sought to overthrow their country’s government because of horrific abuses of its citizens, a senior Democratic senator said Friday.

The LA Times reported that deportations were made through third countries to conceal the actual destination of the Venezuelans being forcibly returned to their troubled homeland, according to documents released by Sen. Robert Menendez of New Jersey, the senior Democrat on the Senate Foreign Relations Committee.

Nearly two years ago, President Trump recognized the head of the Venezuelan opposition, Juan Guaidó, as the rightful leader of the country and sought to delegitimize Maduro’s government.

The Trump administration has made the ousting of Venezuelan President Nicolás Maduro a centerpiece of its foreign policy for Latin America.

State ordered to pay Kublalsingh and HRM $.5M in damages 0