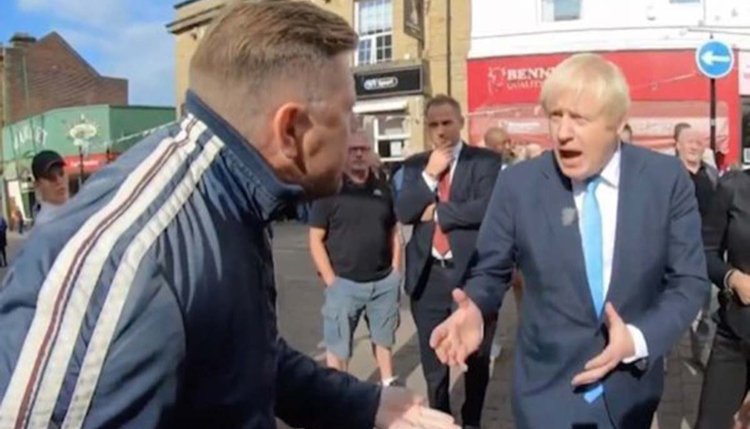 U.K Prime Minister confronted by angry voters during a visit to Leeds

UK Prime Minister Boris Johnson was at the receiving end of some heated comments from angry voters in Leeds during a visit to the northern city.

Video footage shows an irate man shouting at Boris Johnson as the prime minister was being interviewed by the BBC’s Laura Kuenssberg.

Following a week of parliamentary defeats and setbacks, it appears that his absence from Westminster hasn’t allowed Johnson to escape the heckles of his opponents.