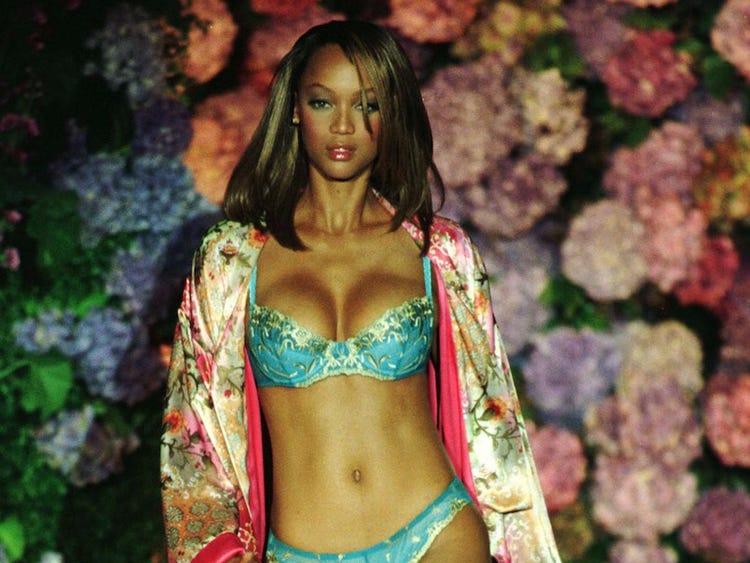 Victoria’s Secret announced last week that they are doing away with the VS Angels and are launching the VS Collective to be more inclusive. One of the OG Angels took to Instagram to reflect on her time as an Angel and give props to the models involved in the new Collective.

“First is hard. First is lonely. But first is necessary. First is crucial so that a door can be opened for others to fit through,” Tyra Banks began her caption.

She continued, “Within a 10-year span starting in 1995; I was the first Black @VictoriasSecret contract model ever. The first Black Victoria’s Secret Cover model. The first Black VS model to do so many other groundbreaking things with the brand – as well as other brands.”

“But after a first, must come a flow of more. A flow of different. A flow of unique. A flow so strong, a flow of so many that we LOSE COUNT. I retired from the runway 16 years ago – and I’m proud that in my lifetime, I’m witnessing a beauty revolution. To the new collective of bad*ss ROLE models, I may have cracked that door open, but y’all are charging through. Keep on keepin’ on until we all LOSE COUNT of how many are breaking through behind you. #LetsLoseCount”

Victoria’s Secret has often been criticized in the past for its image. However, the lingerie company is aiming to be more inclusive and diverse with its rebrand.