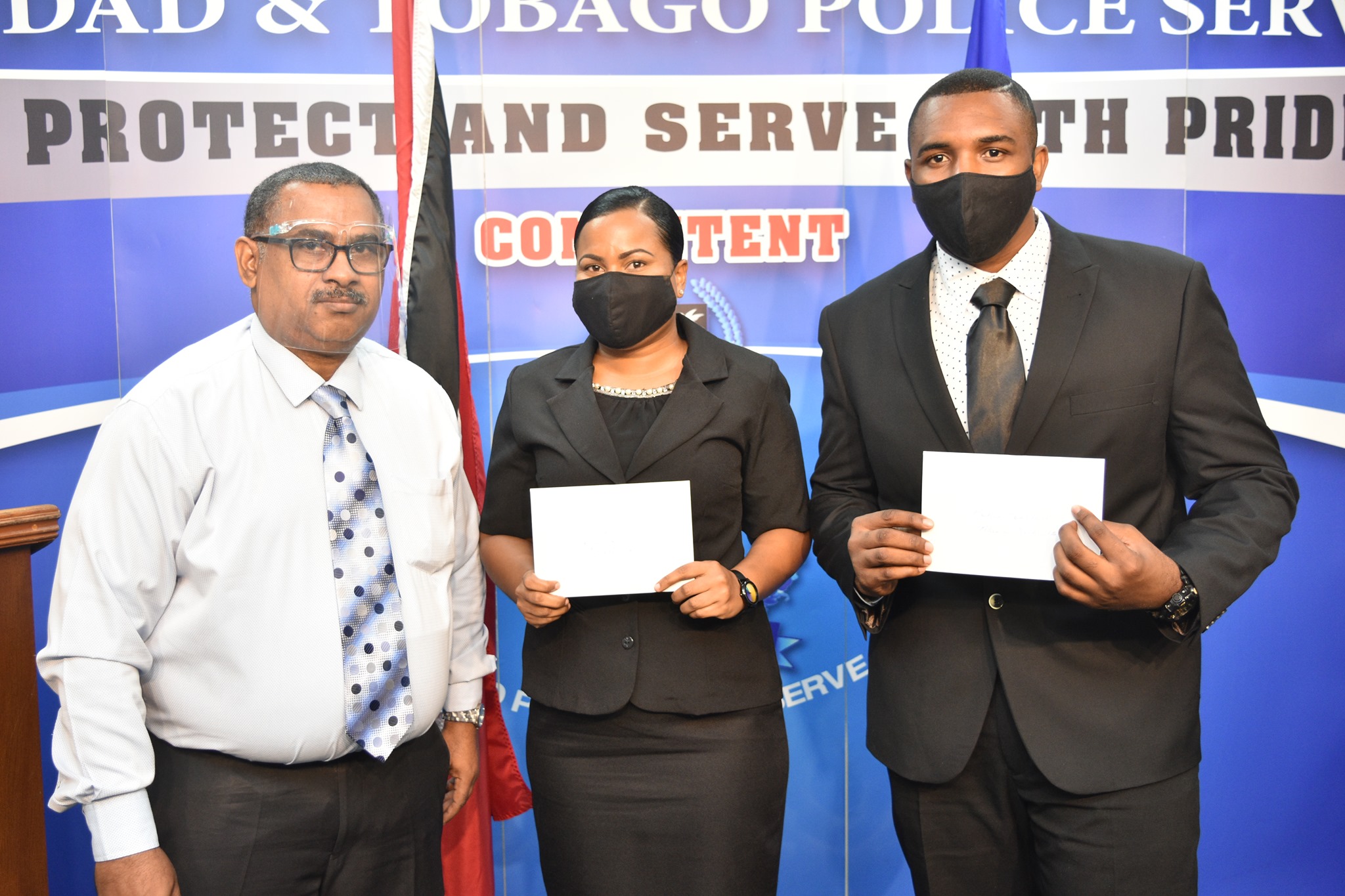 Two police officers who ensured that a robbery victim was back home safety after his ordeal, were on Tuesday rewarded for their outstanding service within the TTPS.

To Protect and Serve with Pride is the motto of the Trinidad and Tobago Police Service (TTPS) and it is always so good when officers can admit that it is in fact the guiding tenants to which they carry about their day-to-day duties.

This was expressed by PC Akeem Nichols and WPC Candace Collins, both of the St Joseph Criminal Investigations Department (CID).

The officers were recognised for commitment to duty and professionalism in which they operated on the night of October 11th, 2020.

On that night, they assisted robbery victim, John Borely, recover his vehicle which was taken in a robbery hours before.

The officers were presented with a token of appreciation on behalf of the Commissioner of Police, Gary Griffith, by acting Senior Supt Lincoln Daly, for their hard work and dedication to duty.

When asked about what keeps them inspired to continue to do serve with PRIDE, PC Nichols, who has three years’ service, said he believes in doing his best always, adding that he is encouraged further to continue to do exceptional work throughout his policing career.

WPC Collins said that she was happy that her efforts to effect change in the community that she serves have not gone unnoticed. She has been serving citizens faithfully for the past nine years.

Supt Lincoln Daly, the Staff Officer, applauded the stellar performance of the officers and encouraged them to remain resolute in their duties.