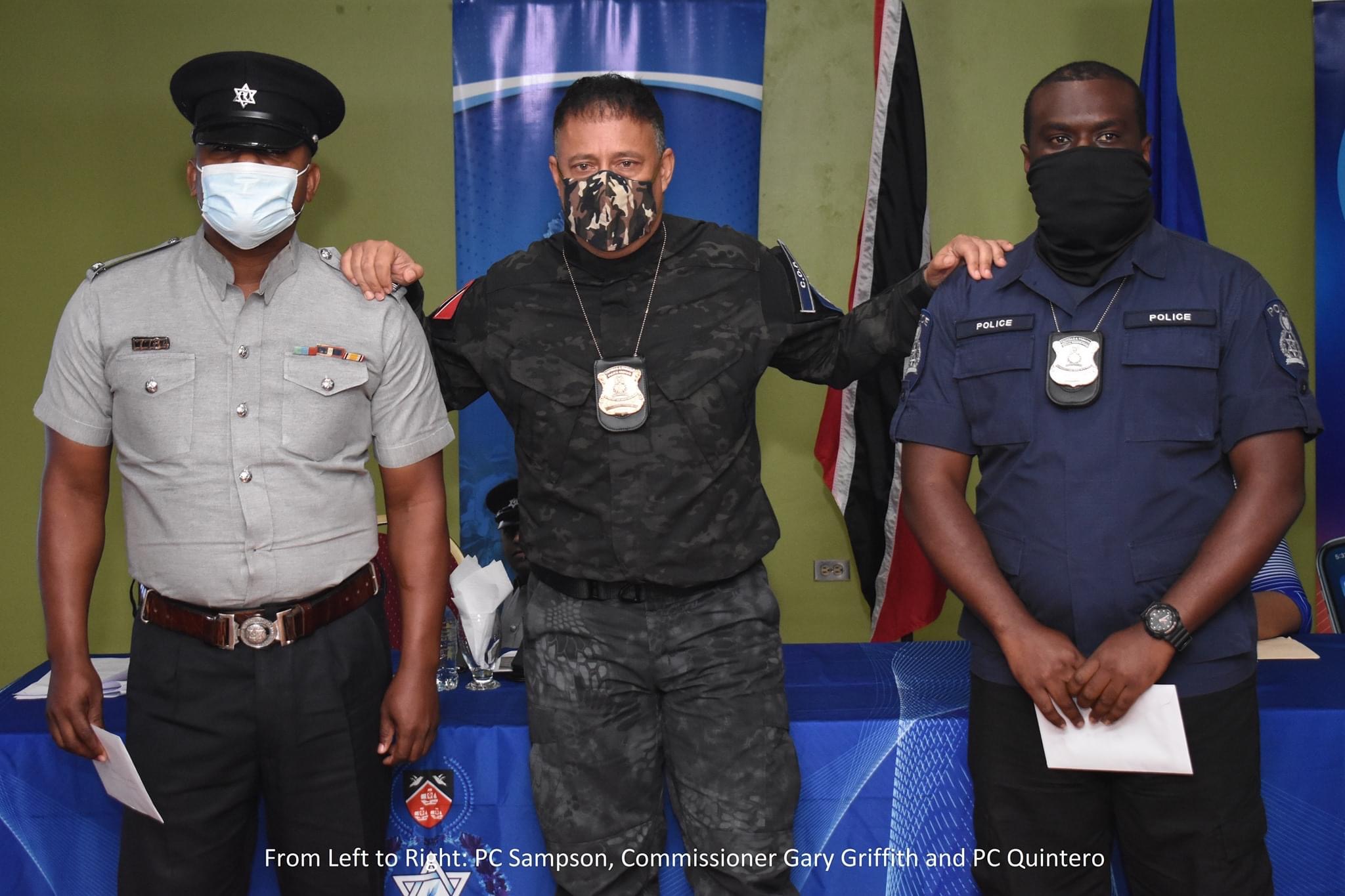 Two officers hailed as ‘Avengers’ after saving doctors in Blanchisseuse

PC Sampson of the Blanchisseuse Police Station and PC Quintero of the San Juan Sub Station were today honoured for their quick action and bravery after a daring rescue at a beach in Blanchisseuse on January 21st, 2021.

A TTPS report states that the officers received a call at the Blanchisseuse Station which stated that a doctor and his colleague had gotten into some difficulty while swimming in the water.

PCs Sampson and Quintero quickly responded and made the rescue, even getting into some difficulty themselves. 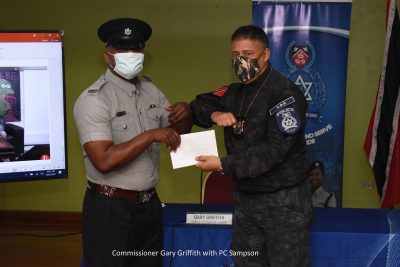 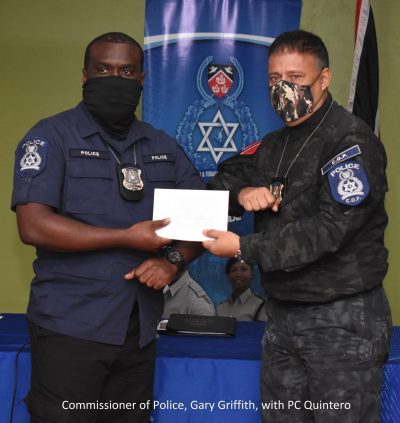 The CoP thanked both PC Samspon and PC Quintero for their bravery and their service during the course of their duties.