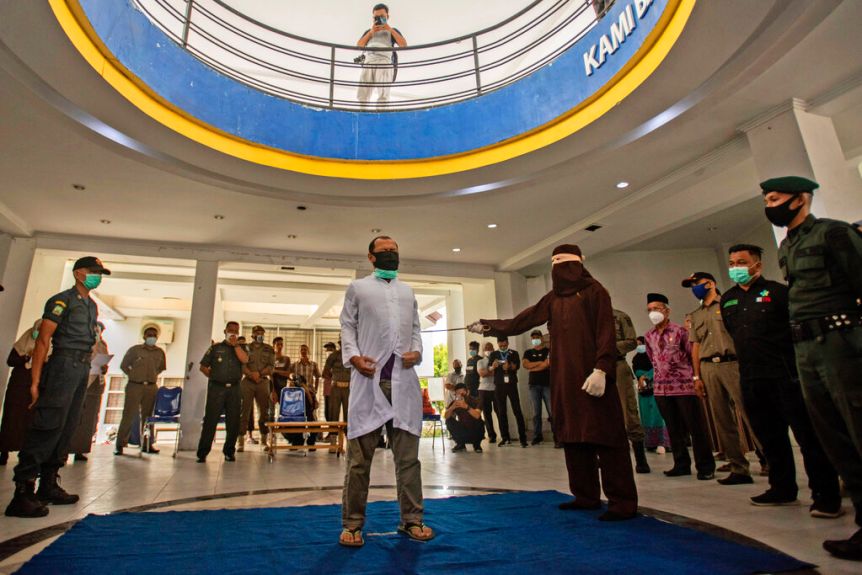 Two homosexuals from the Indonesian province of Aceh were beaten publicly 77 times each after being reported to the police by vigilantes who raided their apartment.

Human rights groups condemned the spectacle, which was viewed by dozens of people in the capital Banda Aceh, as brutal and medieval.

It was the third time that authorities accused homosexuals of beating up in Aceh province, which was given the power to implement Sharia law in 2001 as part of an autonomy deal with the central government.

The men, aged 27 and 29, were arrested in November after a crowd of local residents broke into their room and allegedly found them having sex. They were sentenced to 80 beatings by a Sharia court last month, but have been flogged 77 times for having spent time in prison. 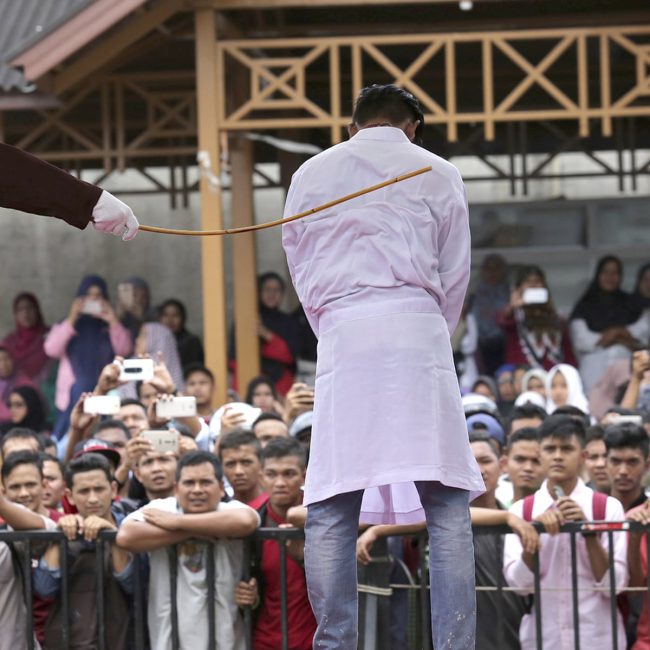 The men winced in pain and pleaded for the punishment to stop as they were beaten with a rattan stick on Thursday. A man’s mother fainted while watching, AFP news agency reported.

Four other people received 17 beatings for extramarital affairs and 40 beatings for drinking alcohol. People caught gambling or women who wear tight clothing can also be punished by caning.

Phil Robertson, deputy director of the Asia division of Human Rights Watch, said authorities in Aceh were guilty of torture. ” [The authorities] must be universally condemned for this brutal and absolutely medieval punishment for an act which should never have been criminalized in the first place, ”he said.

Indonesian President Joko Widodo has failed to stop the abuse, he added.

Elsewhere in Indonesia, same-sex relationships are not illegal, although LGBT communities have faced increasing discrimination in recent years and are increasingly targeted by police under a pornography law that activists call of discriminatory.

Tobago! Move to the head of the class – no new Covid cases 0

Concerns Raised On Whether Tax Payers Got Value For Money From Five Billion Dollars Spent During Covid-19 Pandemic. 0