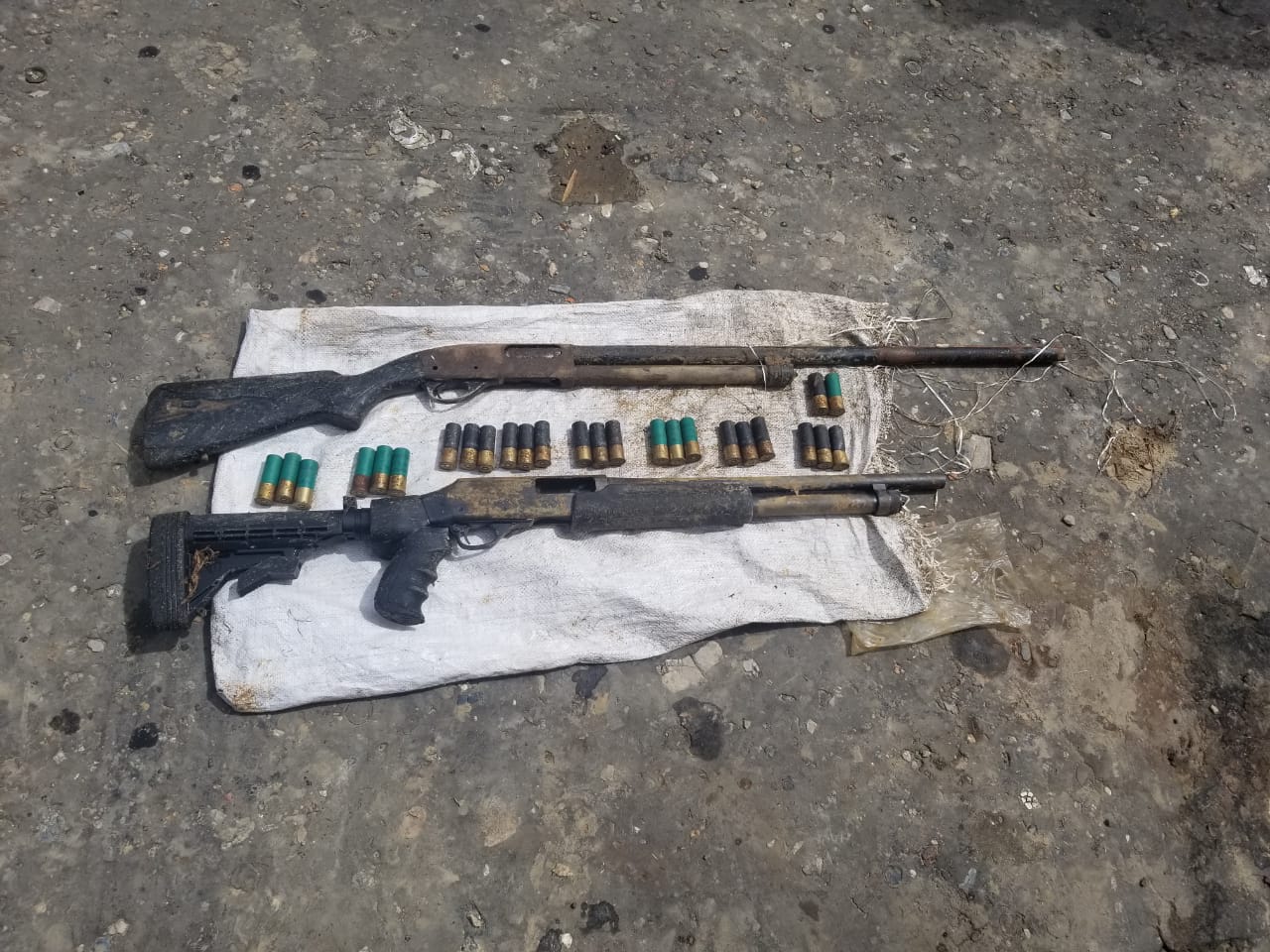 Two men were killed and two weapons and ammunition seized during a police-led exercise in Moruga this morning.

The TTPS reported that around 6.55 am today, December 13th, a party of officers from MOPS, SIU, Task Force, and the TTDF, were on exercise duty in a forested area approximately two and a half miles east of the La Retreat Beach, Moruga, when they came upon a camp.

The party observed two men in the camp and announced their presence. It was reported that the men on seeing the police, pointed objects resembling firearms in their direction.
The officers became fearful for their lives and in keeping with the use of force policy, the MOPS team discharged their firearms and later observed both men lying motionless on the ground.

With the assistance of a fisherman and his boat, the party and the deceased men were extracted to land safely.

The DMO, Dr. Rajnarinesingh, viewed the bodies and made a pronouncement and ordered them to be taken to the Forensic Science Centre.

One of the dead men was known as “Phillip”and “Crabby” from St Margaret’s, and the other was identified as Dion Jarvis, aka “Pot” of La Ruffin, Moruga.