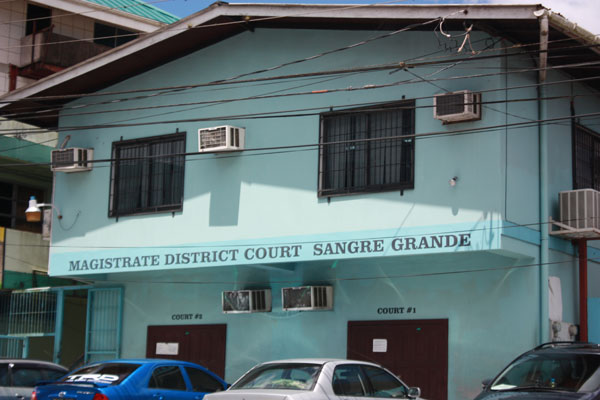 Two men were jailed and another denied bail after appearing virtually before a Sangre Grande Magistrate today jointly charged with two counts of robbery in Sangre Grande last Saturday.

HERNANDEZ, who pleaded not guilty, was denied bail and remanded into custody.

He is expected to reappear before the court on November 23rd, 2021.

Around 10 am on October 30th, 2021, two men, one of whom allegedly had a firearm, entered a business place located on Moolchan Street, Sangre Grande, where they announced a robbery.

The two men allegedly relieved two caterers of their mobile phones and a quantity of cash, before escaping in a waiting black Nissan Tiida vehicle.

Officers of the Northern Division – Area East Operations with Emergency Response Patrol, who were on mobile duty, intercepted the vehicle along the Cumuto Main Road.

The vehicle was searched and a shoebox containing cash and four cell phones were found and seized.

The three occupants of the vehicle were arrested and handed over to the Sangre Grande CID.

They were subsequently charged by PC Singh, of the Sangre Grande CID, for the offence.

“Buh A A”: African Man Hosts Baby Shower For His 6 Pregnant Girlfriends 0