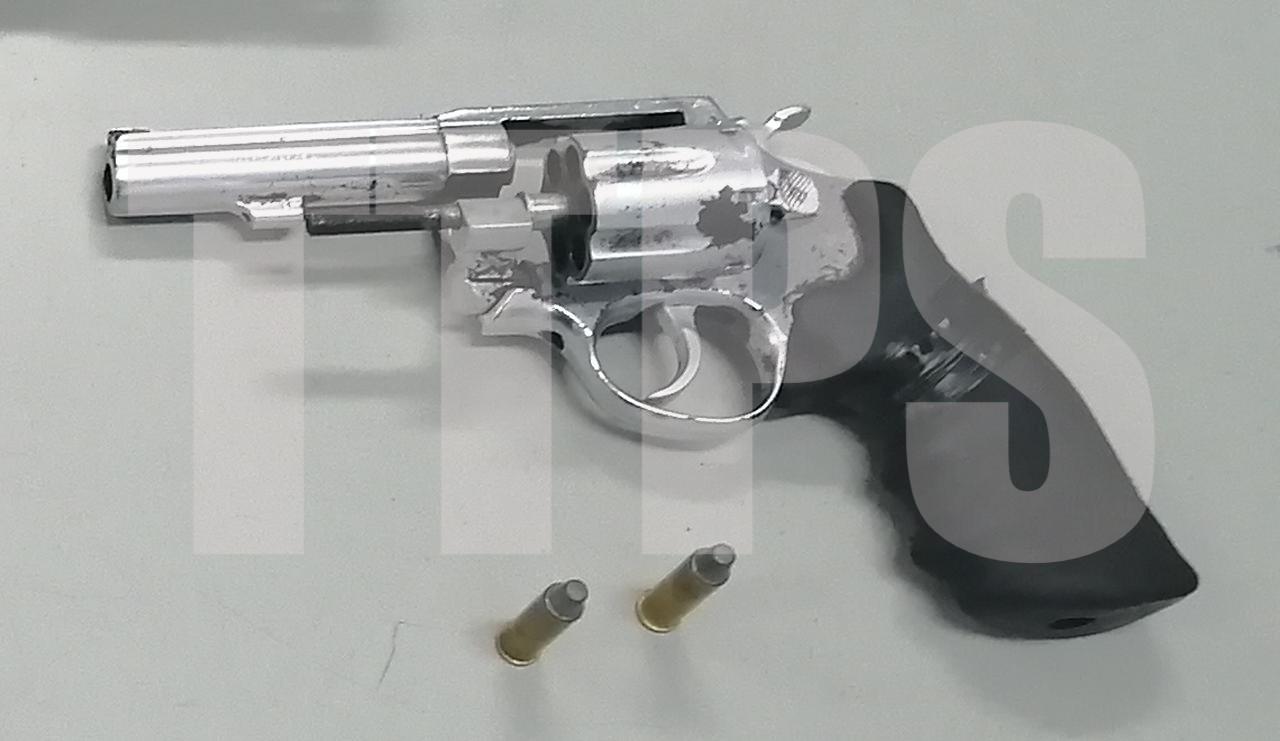 Two held for firearm and ammo possession in Aranguez

Two persons were arrested and a revolver and a quantity of ammunition seized by officers of the Northern Division Task Force, Area Central, during an anti-crime exercise conducted in the Aranguez district earlier this week.

Officers conducted the exercise on Tuesday 24th September, during which a search warrant was executed at an apartment at Savannah Villas, Aranguez.

The search resulted in officers discovering one revolver and two rounds of ammunition in a brown box in a closet area of the apartment.

Two male suspects who were in the apartment at the time of the search were arrested in connection with the find and taken to the Arouca Police Station.