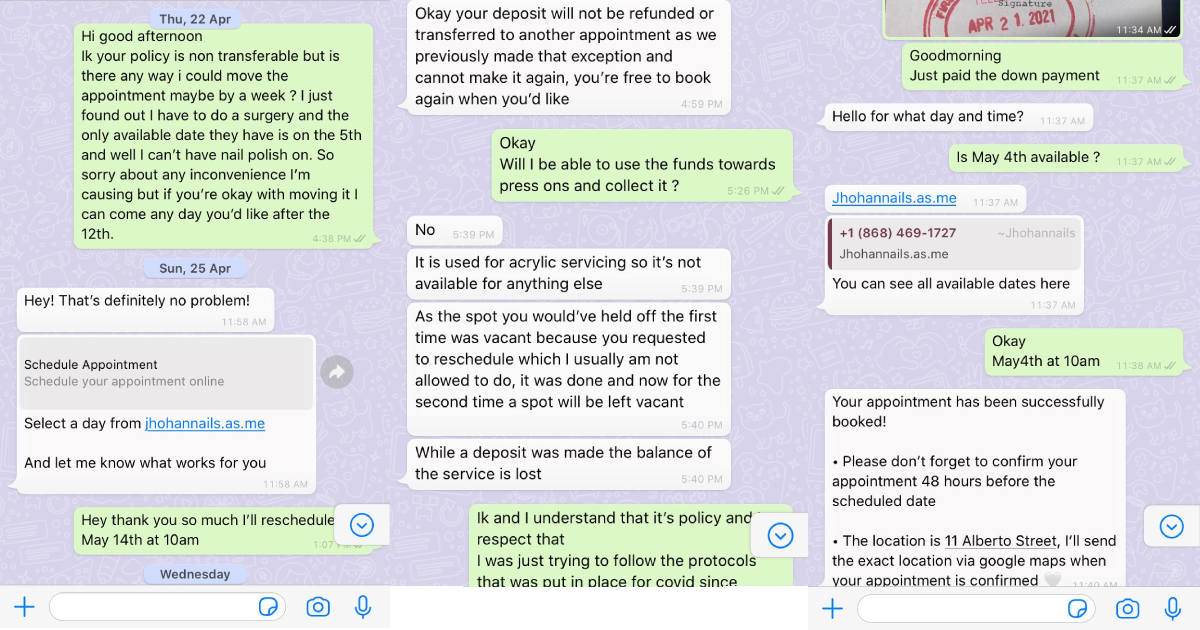 Nail technicians are known to breathe the toxic fumes from doing manicures but this time, it’s fumes of frustration, as a popular local nail tech decided to rant about her discomforts with a client online.

The nail Tech, who goes by the name @jhohannails on Twitter, got into a social media feud on Friday, subsequently sharing her displeasure with a client named @ariel_welsh who continued to postpone her appointment, even though Jho claimed that she messaged her almost two weeks and then two days before each appointment, resulting in Jho being blocked and unable to defend herself online.

“I would just like everyone to know about my experience with @jhohannails as I was put in a situation where I felt as if I was treated very unfairly and unprofessionally as a client who was just trying to get a service done. Thread of my experience,” said Ariel.

Click below to listen to what @jhohannails  had to say:

Ariel further lamented that “When the current restrictions of no non-essential businesses were announced she posted for all her clients to message her which I did. She told me that my appointment still stands, even tho I was hesitant I left it in hopes that the covid cases would’ve declined by then.”

“Well aware of her policies I was willing to lose the deposit I had made at that point however she was kind to allow me to reschedule. I rescheduled for the 14th of May before the current restrictions were put in place. And was told to confirm 48 hours before the appointment,” she said.

Screenshots of their WhatsApp conversation were shared online as additional proof of the unfortunate occurrence. 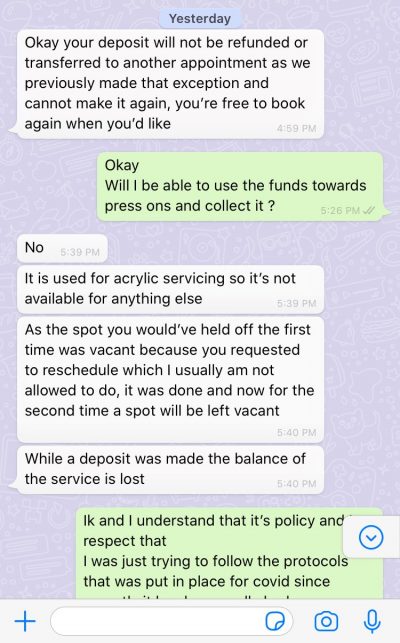 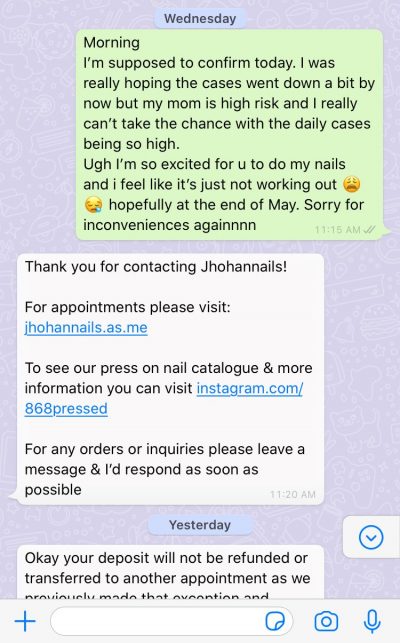 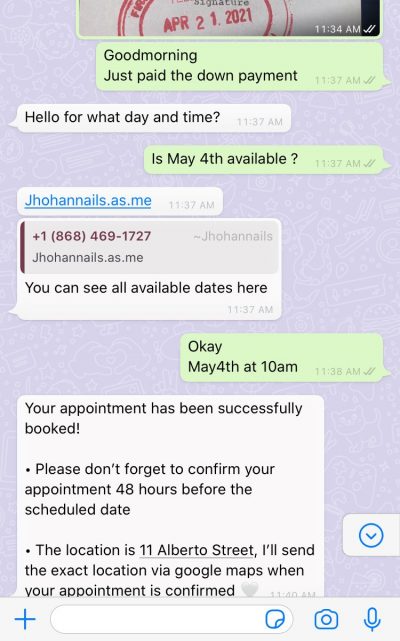 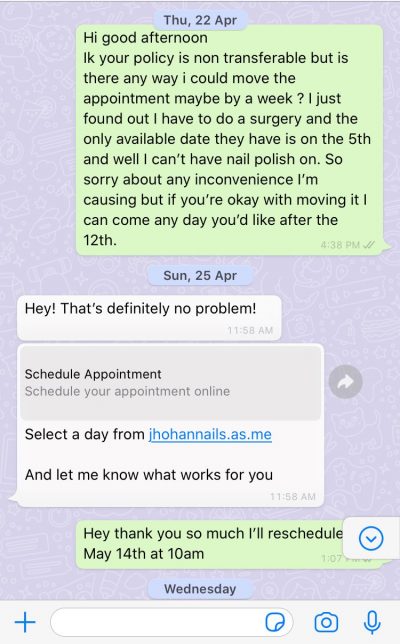 Many Twitter followers shared their comments about the feud, here are some statements below:

Sis does nails good, no lie but attitude is off. Since she started doing nails her attitude is like that. She always resorts to going on live and cursing people out. Literally curse them out. Not my coins.

I can’t tell y’all how many horrible stories I’ve heard about this particular nail tech’s attitude towards customers and ppl she tried to employ 😪 sis is problematic and you should call the police it won’t be the first time ppl had to carry police for her 🤐 https://t.co/cU9LV6YbF3

The girl had a surgery
Then your business was supposed to be closed the 2nd time
So how exactly she canceled every single time? making it seem like it's 10 times the girl canceled

I’m sorry but if someone does not want to risk their health for some nails during a PANDEMIC you should respect that.

How you more vex she wants to keep YOU and herself safe? Make it make sense na please.

What are your thoughts?