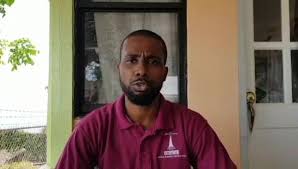 President National Primary Schools Principals Association Lance Mottley says the Association was not at all surprised by the Prime Minister’s announcement over the weekend as it concerns physical schooling.

He announced that standard 5 primary school students would return to the classrooms on February 4.
Speaking with News Power Now this morning he said that it was expected by the Association.

He said there are issues that need to be addressed at some schools and while he knows that they were efforts afoot to take care of them, he is unsure what stage of completion they are at.

Meanwhile, TTUTA Tobago Officer Braydon Roberts says that there is need for systems to be improved in order to facilitate blended learning at schools.
He told tv6 yesterday there are a number of structural and other issues that need to be addressed at schools on the sister isle.