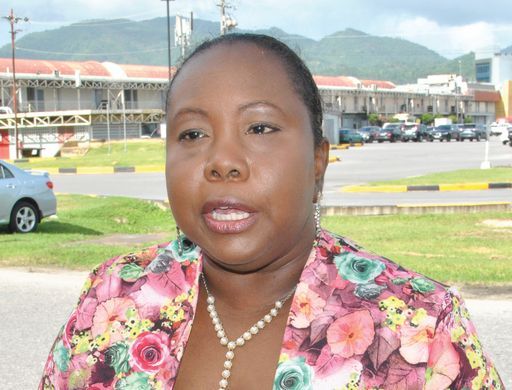 A pulmonary embolism (PE) is a blood clot that develops in a blood vessel in the body (often in the leg). It then travels to a lung artery where it suddenly blocks blood flow.

In a statement on Friday, De Freitas revealed that she had been suffering with long covid after being infected with the virus in November.

However, the release stated that, “This situation came to a head on the morning of March 22, when I was rushed to the emergency room…for a suspected heart attack.

“However, following a series of tests it was realised that it was not a heart attack, but a deep vein thrombosis and the clot had broken up and began travelling through my body.”

De Freitas added, “I continue to be on total bedrest and monitored by the doctors.”

De Freitas she will continue to update TTUTA’s central executive as time goes by on how the treatment is proceeding and whatever updates doctors give her on her medical condition.

Tobagonians to receive vaccines on April 6 0