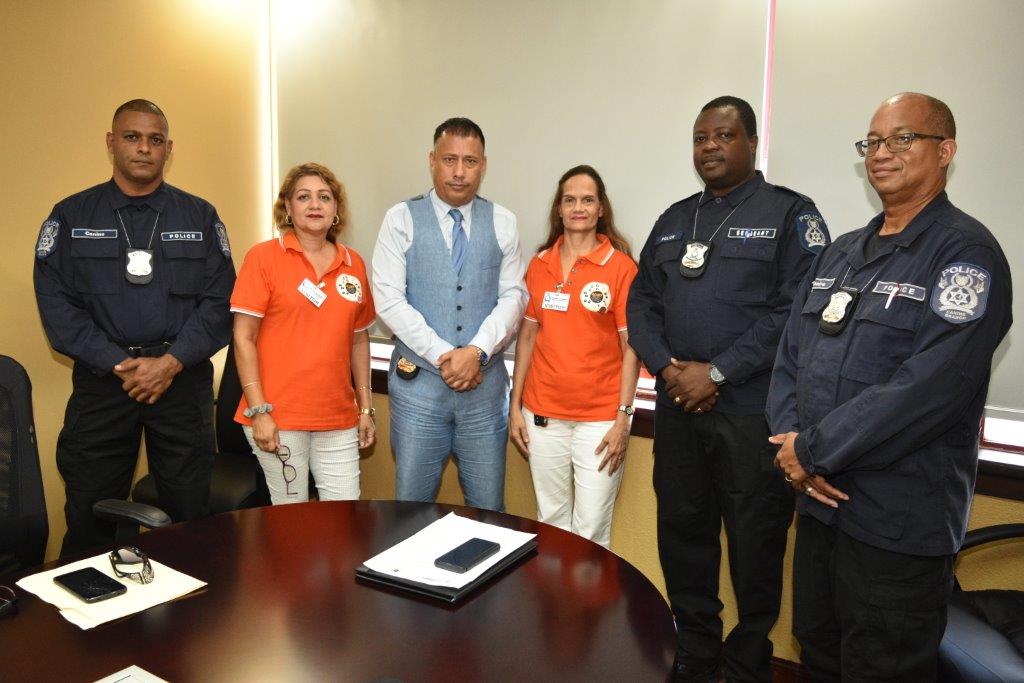 Commissioner of Police Gary Griffith and officers attached to the Mounted and Canine Units met with activists of the ‘Animals Are Human Too T&T’ organisation. This meeting was held today, Thursday 24th October, at the Office of the Commissioner of Police, Administration Building, PoS.

The discussions focused on enforcing the existing laws for the protection and welfare of animals. The Animal Protection Activists told the Commissioner that animal cruelty is rampant in this country and as such the intervention of the Trinidad and Tobago Police Service was necessary.

In giving an assurance that the TTPS will enforce all relevant laws as it pertains to the treatment of animals, the CoP has assigned two police officers per division across all nine divisions to assist all animal welfare organisations in investigating and enforcing the law where any incident of animal cruelty is reported or discovered.

‘If any person shall, by committing any offence under section 79 or 80, cause any injury or damage to be done to any animal or to any person or property, he shall, on conviction for such an offence, pay the owner of the animals or to the persons who has sustained the injury or damage, such some of money by way of compensation not exceeding five hundred dollars, as the Court shall adjudge.’

Additionally, Commissioner Griffith has reiterated that the Police Service will be enforcing all laws as it relates to the use of Fireworks in public spaces to ensure the safety of all citizens as well as that of animals.