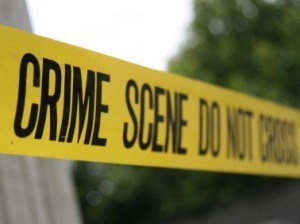 Police are investigating a fatal shooting that occurred in Maraval earlier today.

Police responded to reports of a shooting which took place at about 12.20 near a baskeball court.

Two men were shot in the incident.

Shaquille “Papa” Eugene was killed while the other is in serious condition.

According to police reports the shooting is connected to Vaughn ‘Sandman’ Mieres murder which took place on July 25th.