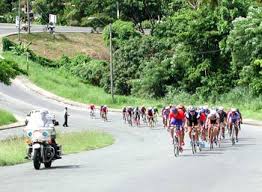 Developing a multi-sectoral approach is now on the agenda as it relates to the safety of cyclists and the public while using the nation’s road ways.

Confirmation of this comes from Road Safety Coordinator of the Trinidad and Tobago Police Service, Sergeant Brent Batson.

A cyclist was killed on Sunday at around 10:30pm, in the vacinity of the San Fernando Bypass after being hit by a man driving a vehicle.

Last month journalist, Anthony Harris, was struck while riding a bicycle around the Queen’s Park Savannah near President’s House.

He later succumbed to his injuries.

Speaking with New Power Now Tuesday afternoon, Sergeant Batson said the aim is to establish a standardise approach to addressing the issue.

Health Minister: Trinidad & Tobago Will Be Guided By The WHO Regarding Vaccine Mixing. 0