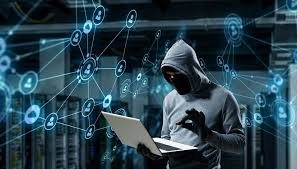 TTPS obligated to investigate all tips shared on Social Media

The Trinidad and Tobago Police Service (TTPS) Cyber and Social Media Unit has noted an increase in the number of persons sharing information about criminals and criminal activities with the police via social media. The TTPS assures the public that they will uphold their obligation to ensure all tips are thoroughly investigated.

The TTPS wishes to make it clear that it would be a dereliction of duty if they failed at any time, to follow through on leads from members of the public, which can help in the solving of a crime or can lead to the arrest of persons involved in criminal activities. This applies across the board to senior police officers and other persons, regardless of the office they may hold. It is the obligation of the police to meet with that person and investigate the information.

In one recent social media post, accusations were made by a member of the public which alluded to police brutality and to the Commissioner of Police distorting facts in an investigation. In this instance, the police procedure was followed and an investigation done to obtain the relevant information.

The post stated as ‘fact’ that the police killed persons in custody and that the Commissioner and other senior officers were complicit by distorting facts, an accusation of misbehaviour in public office.

The TTPS Cyber and Social Media Unit upon receiving these reports pass them on to the relevant agencies for investigation, or if they involve allegations involving police officers, they are passed on to the Professional Standards Bureau for action.

It is to be noted that in another recent example, the TTPS Cyber and Social Media Unit, upon learning of a certain online post by a reporter, alleging that they had information regarding criminal acts in the criminal justice system, proceeded to seek them out to find out about the information they possessed with a view to take action. However, the reporter declined to speak to the police about their knowledge.

The TTPS notes that police forces around the world get good, credible information and intelligence from their Cyber Crime Units and this assists them in targeting individuals.