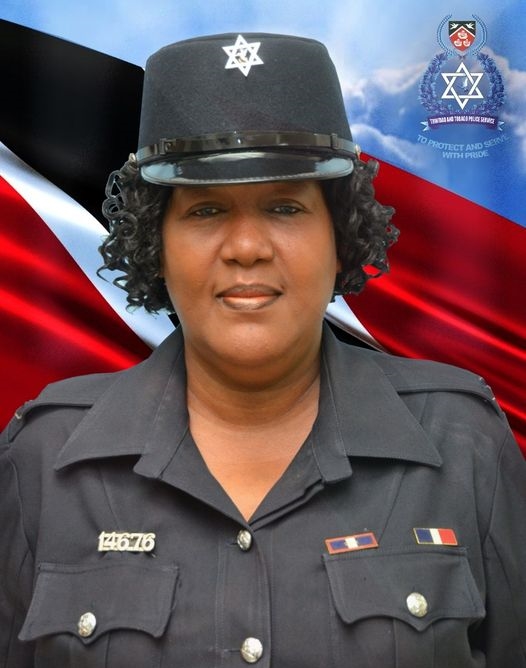 Commissioner of Police (Ag.) Mc Donald Jacob along with the Executive of the Trinidad and Tobago Police Service (TTPS), is today extending deepest condolences to the family, friends, and colleagues of No. 14676 Woman Sergeant (Ag.) Lisa Felix.

Ag. Sgt Felix, 52, passed away yesterday at the Couva Hospital, after testing positive for Covid-19. She was last attached to the Special Victims Department of the Gender-Based Violence Unit in the Eastern Division. She was based at the Sangre Grande Police Station.

She enlisted on March 1st, 2000 and after dedicating almost 22 years to the TTPS, was looking forward to and making plans for her retirement later this year.
She was viewed as a family member by her colleagues, due to the way she interacted with others – always with kindness, concern, and love. It is a sentiment endorsed by Supt (Ag.) Claire Guy-Alleyne, Head of the Gender-Based Violence Unit.

“As the Unit Commander she led by example with the utmost professionalism and excellence. She was committed to her family, colleagues, and job, always going above and beyond for victims to ensure justice and their safety. She greeted everyone with her beautiful and welcoming smile.”

Supt (Ag.) Guy-Alleyne went on to express that the organisation had lost a great and committed officer who was a lady of true class and principles and well-respected by both her subordinates and superiors. Supt (Ag.) Guy-Alleyne stated, “I would like to thank her family for sharing her with us.”
W/Sgt (Ag.) Lisa Felix leaves to mourn her five children and four grandchildren.