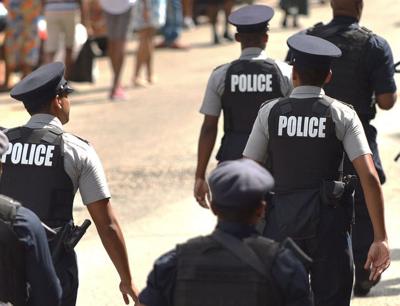 A close team work approach is being adopted between the main business areas, supermarkets, security firms and the police service going into the Christmas period.

Acting Commissioner of Police, Mc Donald Jacobs, says all policing divisions have submitted their plans for their specific area.

Speaking at the weekly TTPS news briefing on Thursday, Mr Jacobs said police visibility will be high along the nation’s road ways.

Mr Jacobs said a lot of focus will be placed on prevention and improving the response time to situations which may arise.

Acting Commissioner Jacob said the TTPS recently got an additional 110 officers which will help boost the fight against crime.