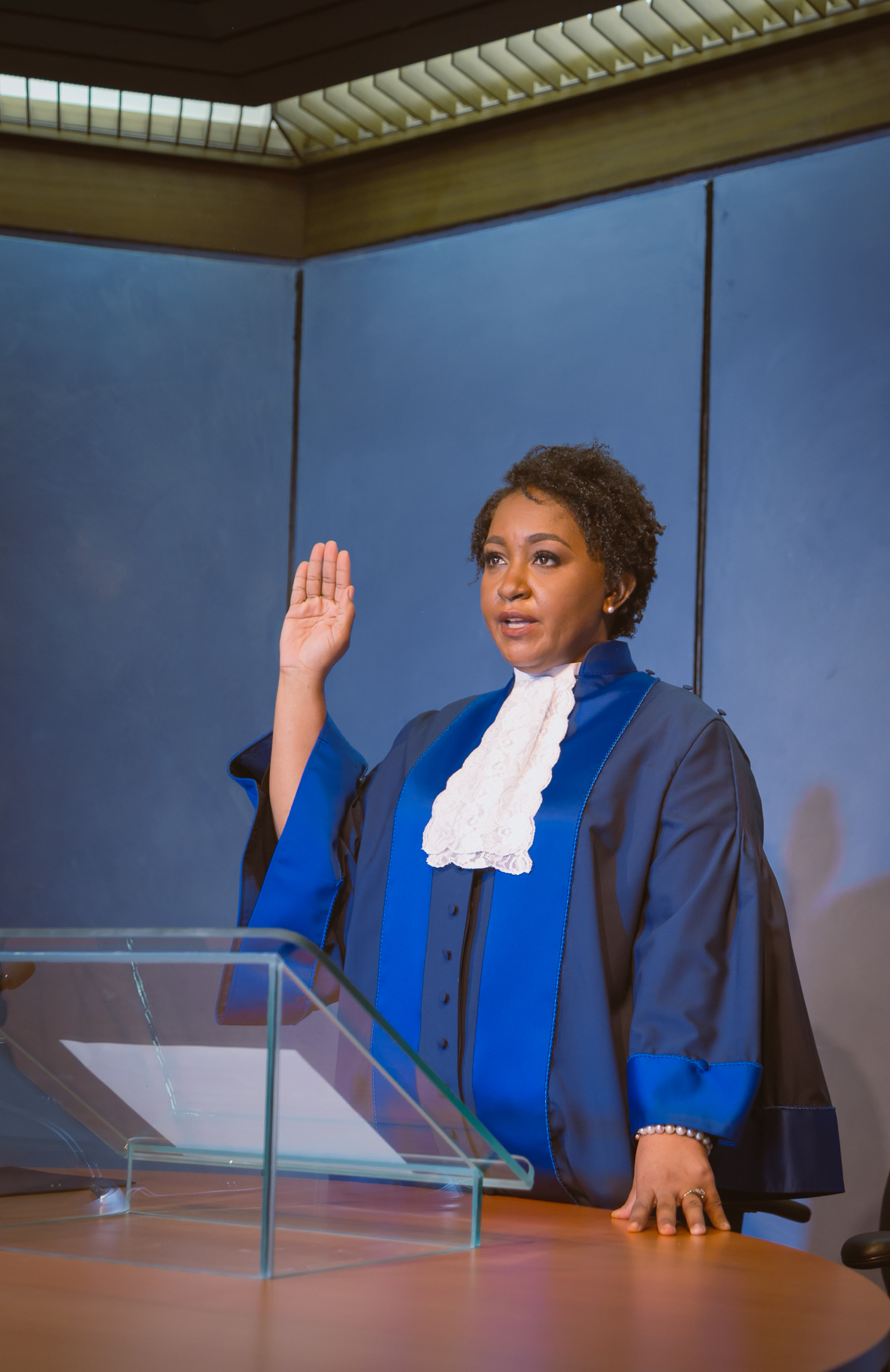 Trinidad and Tobago Judge, the Honourable Madame Justice Althea Alexis-Windsor took the oath as a Judge of the International Criminal Court (ICC) at the seat of the Court in The Hague (Netherlands).

In a media release issued this afternoon, due to COVID-19 limitations, Justice Alexis-Windsor oath of office was administered remotely by the President of the ICC, Judge Chile Eboe-Osuji in the presence of The Honourable The Chief Justice, Mr Justice Ivor Archie O.R.T.T, and some of her close friends and family members.

They were all elected for nine-year terms during the nineteenth session of the Assembly of States
Parties to the Rome Statute in December 2020.

“Justice Alexis-Windsor possesses over 23 years of experience in the field of criminal law including international criminal law. She served as a Trial Attorney and Appeals Counsel at the International Criminal Tribunal on Rwanda (ICTR) for a period of ten years where she gained tremendous experience in the prosecution of crimes against humanity, war crimes and genocide.”

She was also part of several high level prosecutions including Appeals Counsel, Trial Attorney and Assistant Trial Attorney in the Office of the Prosecutor, Arusha, Tanzania.

Prior to her appointment as a Judge of the Supreme Court in 2013, she served as a Defence Attorney in Private Practice as well as State Prosecutor in the Office of the Director of Public Prosecutions, Trinidad and Tobago, and also held positions of State Counsel I, Acting Senior State Counsel and Deputy Director of the Human Rights Unit of the Office of the Attorney General.

Justice Alexis-Windsor is the holder of an LLB from the University of the West Indies, the Certificate of Legal Education from the Hugh Wooding Law School, Trinidad and a Masters of Law (LLM) in International Criminal Law, specialising in the Internationalisation of Crime and Criminal Justice, from the University of Utrecht in the Netherlands. Her early education was obtained at Vessigny Antilles Secondary School, La Brea, and also St Joseph’s Convent, San Fernando.

The International Criminal Court has a bench of 18 Judges who are nationals of States Parties to the Rome Statue. Judges are chosen from among persons of high moral character, impartiality and integrity who possess the qualifications required in their respective countries for appointment to the highest judicial offices.

President of the ICC, Judge Chile Eboe-Osuji in delivering remarks stated, “with the departure of the six outgoing Judges, there will now be a perfect gender balance on the bench of the ICC and for the first time there will be nine women and nine men, there are not many courts national or international that have that composition’”

“The appointment of Justice Alexis-Windsor while significant in the historic gender composition of the ICC, is also testament of the calibre and competence of our Judges on the bench.”

The Judiciary of Trinidad of Tobago congratulates The Honourable Madame. Justice Alexis-Windsor on her elevation to the International Criminal Court and extends best wishes for a successful tenure on the bench.