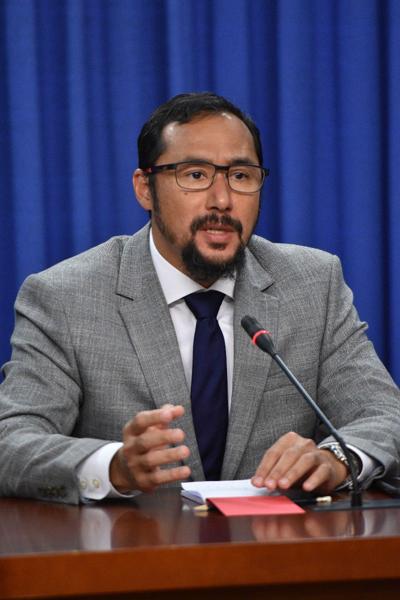 TT And US Discuss Renewable Energy And Climate Change

Discussions are held on the vision for Trinidad and Tobago in terms of Renewable Energy and achieving the mandates of United Nations Framework Convention on Climate Change.

This took place between Minister of Energy and Energy Industries and Minister in the Office of the Prime Minister, Stuart Young, during a courtesy call from Deputy Assistant Secretary for Caribbean Affairs and Haiti, Barbara Feinstein.

It took place on Tuesday at the Ministry of Energy and Energy Industries, International Waterfront Complex Head-Office.

Deputy Assistant Secretary Feinstein stated since her arrival she was given the opportunity to have a tour of the impressive Pt. Lisas facility and expressed the desire to further establish integration between the US and T&T.

Ms. Feinstein said the United States government plans to release funding for development in the areas of climate adaptation, energy efficiency and renewable energy in its national budget.

The Deputy Assistant Secretary Feinstein brought to the attention of Minister Young some upcoming conferences, namely the Caribbean Business Conference which will happen on April 12-13 in Miami, Florida, the Offshore Technology Conference in 2-5 May 2022 in Houston, Texas and the Caribbean Trade Mission in October all of which seek to benefit participating T&T companies including the energy service sector.

Minister Young provided Ms. Bernstein with an overview of the Government’s policies and plans to integrate more renewable energy into the Country’s electricity grid starting with the 112.2 MW solar projects which are nearing completion of negotiations and finalization of contracts.

The parties also discussed the global thrust toward Renewable Energy and Minister Young highlighted  there are studies being undertaken into the potential of using wind energy in the north east and east of Trinidad, the development of hydrogen and clean use of ammonia and methanol.

Hurricane Henri to hit US East Coast – Long Island, Connecticut and Massachusetts to brace for damage 0