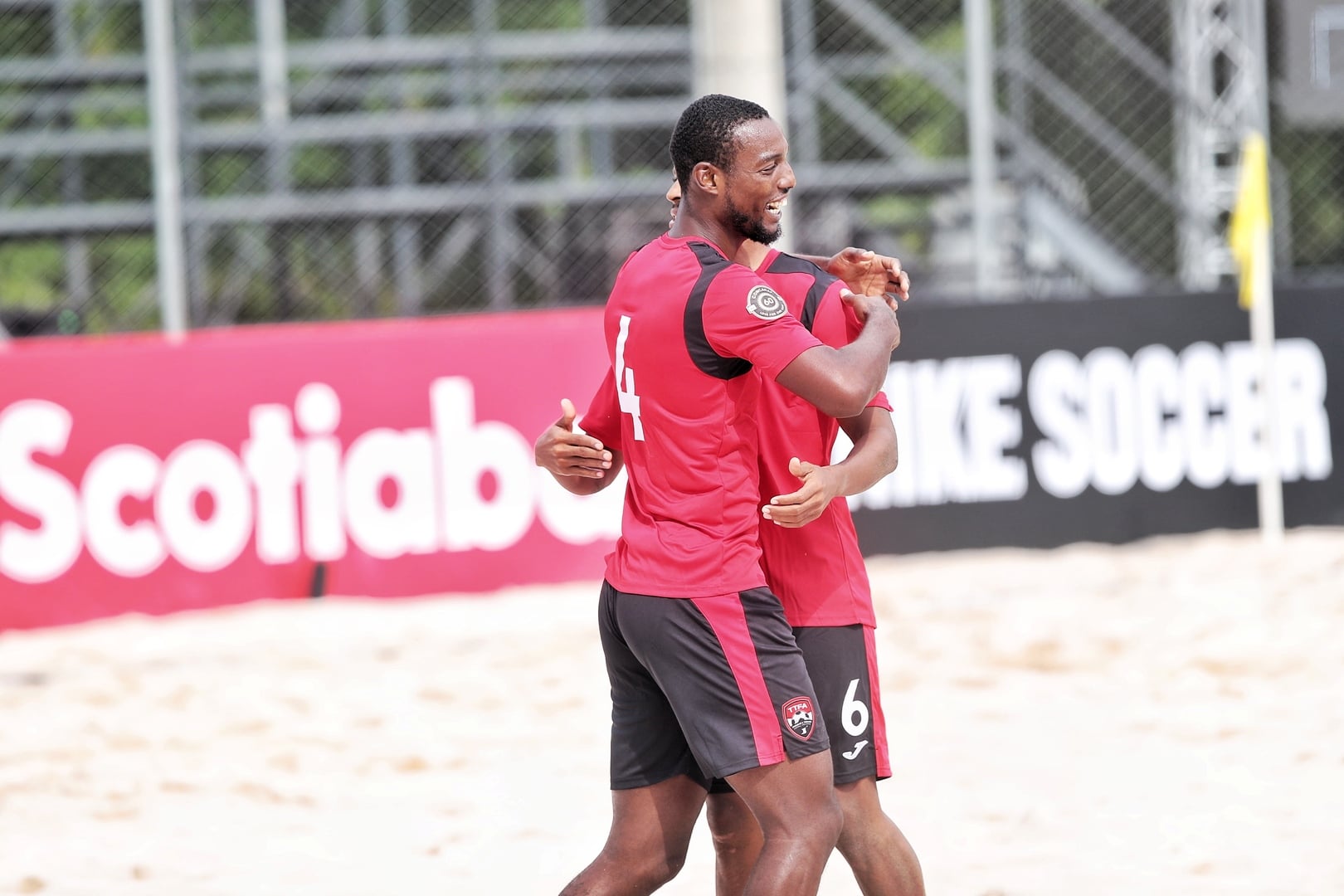 TT aiming for victory as they advance to Beach Soccer quarterfinals

Trinidad and Tobago has reached the quarter-finals of the CONCACAF Beach Soccer Championship in Costa Rica.

This means T&T finish third and progress to the knockout rounds.

Also progressing is Guatemala, who beat Dominican Republic 10-1 in Group B and leapfrogged the Bahamas with the victory.
Top-of-the-table El Salvador beat the Bahamas 7-0 in the other Group B match.

Hosts Costa Rica beat the United States 5-4 to top that group, while Mexico overcame Panama 5-3 to finish first in Group A.

There will be a rest day in Alajuela today ahead of the quarter-finals on Friday (May 21).

Defending champions Mexico will face the Bahamas, Panama are up against the US, the hosts will play Guatemala and El Salvador await Trinidad and Tobago.

The TT vs El Salvador match will be played tomorrow art 4:30pm and streamed live on FLOW Sports, Concacaf Facebook and Youtube.

WATCH as TT players McDougall and Gray look ahead to Friday’s match.