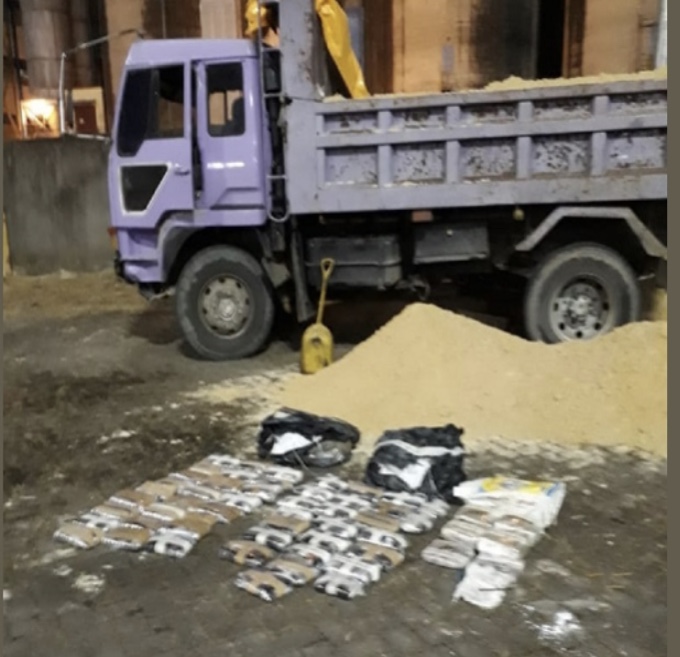 30.71 kilogrammes of marijuana worth about TT$7.2 million was seized by police after it was discovered in a truck on the Port of Port of Spain. The vehicle driven by one man with another in the truck was about to board the Cabo Star cargo vessel to Tobago.

The Trinidad and Tobago Police Service (TTPS) and officers of the Port Authority Task Force, acting on information stopped an searched a dumper truck carrying a quantity of sand around 1:15 pm, on November 29, 2019.

A police report said during the anti-crime exercise, officers found two black bales and one multi-coloured bag all containing 59 packets of marijuana in the truck.

Two men who were in the vehicle at the time of the search; a 34-year-old and a 28-year-old, both of Tobago, were arrested in connection with the finds and taken to Central Police Station for questioning.