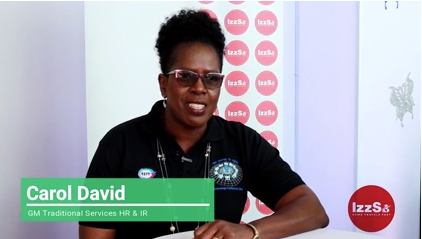 TSTT now positioned to maximise the technology of 5G

TSTT held two successful conferences last week. On Wednesday 04th December TSTT launched 5G. TSTT boasts of being the first telecom company in the region to launch 5G which positions the company to take advantage of the multitude of opportunities for it’s customers, employees and stakeholders. Carol David is the General Manager traditional services with responsibility for HR and IR in the Company and spoke about the company’s Leadership’s effort and success in updating the company’s licensing regime , systems and structures to facilitate growth, momentum and agility. She stressed the importance the company saw in investing heavily in the development of its most valued asset, it’s employees.

She also spent some time to underscore the company’s focus on the ‘Agility’ of the Company in the realm of training its employees to assess and respond productively and progressively to the ever changing needs of the industry, environment and customer needs. She emphasised the company’s vision to being a standard bearer, and referenced the company’s launch of 5G “Fixed wireless Access”. She also spoke of the company’s transitioning of 37,000 customers from their copper to their wireless network and what that means for the improved service and product delivery with TSTT’s cutting edge 5G technology.

Shooting in Santa Cruz leaves one dead, another wounded 0

Chief Justice out of jurisdiction until August 24th 0