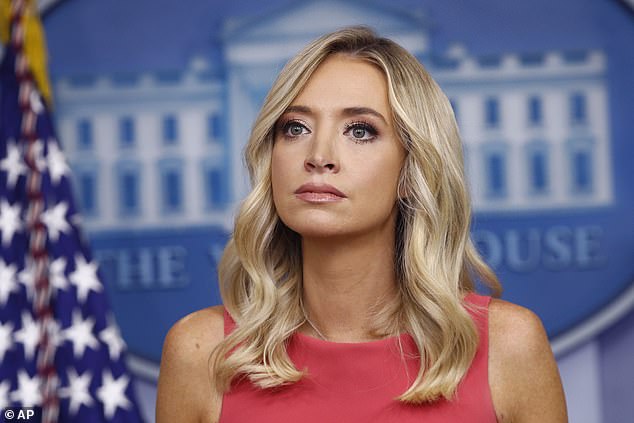 White House journalists are reacting with outrage to hear that Trump’s press secretary – who has been regularly removing her mask to speak to journalists at the White House even after her boss’s positive diagnosis – has just tested positive.

“Kayleigh McEnany has repeatedly spoken to reporters without a mask on. She has recklessly endangered lives,” tweeted New York Magazine correspondent Olivia Nuzzi.

Many reporters are pointing out that just yesterday McEnany held an outdoor briefing for reporters at the White House, where she again did not wear a mask.

The White House Correspondents Association (WHCA) sent out a statement amidst the breaking news.

“We wish Kayleigh, the president and everyone else struggling with the virus a swift recovery,” the organisation said, adding that no additional journalists at the White House are known to have been infected but several are still awaiting test results after three colleagues tested positive over the weekend.

They added that journalists should wear masks and socially distance – “especially when at the White House” – and to get tested if they think they may have been exposed to the virus.

According to US media, the cousin-in-law of White House Press Secretary Kayleigh McEnany is among the more junior staff members of the White House to have their tests come back positive in recent days.

Chad Gilmartin, who is cousins with McEnany’s husband, works as the White House principal assistant press secretary. According to ABC News, he tested positive over the weekend – the day before McEnany did.

It’s important to note that the White House has not said how many total staff members have now tested positive.