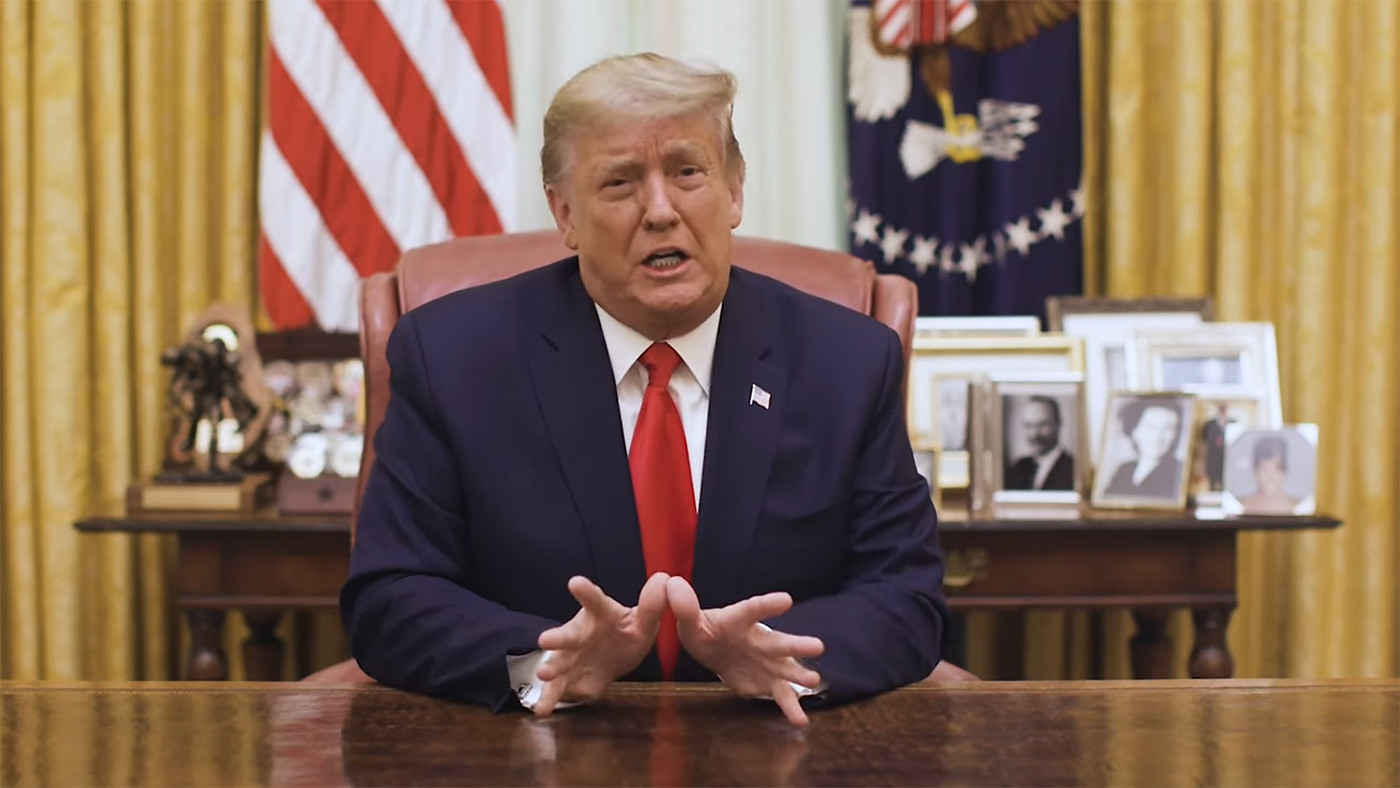 US President Donald Trump finalizes a new battery of pardons that he plans to announce this Tuesday, his last day in the White House, according to sources close to the Republican cited by several US media, and who collect the details of a meeting held on Sunday at the residence President to draft the final list.

According to CNN, the outgoing president, who has already forgiven several people around him in recent months, had planned to space the announcements of his last measures of grace, but the assault on the Capitol would have forced him to concentrate all the pardons and commutations of sentences, about a hundred in total, in the same batch. Among the beneficiaries of the clemency are several “white-collar criminals” and known rappers, according to the same source.

The power to pardon is the last remaining power as president and, apart from the legal exoneration that it entails, it is also interpreted in terms of a message about the need to reform the penal code and as a nod to political allies, according to the chain television.

That is to say, Trump would use his powers as head of state until the last minute to amend the bill for judges and juries and benefit his allies with a justice tailored to his needs.

It does not seem that Trump himself will appear in the package of winners, as he himself had dropped in recent weeks in one of his usual probe balloons. To self-pardon, the Republican had stressed, he would do so as a preventive measure, to avoid processes once he was returned to his status as a citizen.

However, the firepower of the impeachment approved last week by Congress (the second impeachment trial he faces) has temporarily left the processing of other cases in the air, as well as his own forgiveness.

Other members of his family would also appear in the presidential self-indult, including his daughter Ivanka and his son-in-law and adviser, Jared Kushner, very active in foreign policy, as well as his personal attorney, Rudy Giuliani. His advisers do not believe, however, that he will take the step because it would imply the assumption of manifest guilt.

If Trump listens to his advisers and advisers, the batch of pardons that he will present this Tuesday will probably be left out of individuals who participated in the assault on the Capitol on January 6th, during the confirmation session of Joe Biden’s electoral victory.

In turn, the diary The New York Times points to the possibility that the Republican was marketing or negotiating with the pardon recipients, who would have given tens of thousands of dollars – if not more – to their collaborators as a way to guarantee an option to pardon. The newspaper bases its information on interviews and documents with at least three dozen lobbyists and attorneys for suspected criminals, including the son of a former Arkansas governor, the creator of a supermarket. online drug dealer or a representative of Manhattan high society convicted of fraud.

Already at the beginning of December, it was known that justice was investigating an alleged bribery network to soften Trump’s magnanimity. Those involved, none of them identified because the documents are classified, would have promised “substantial political contributions” in exchange for a presidential pardon or a postponement of sentences.

Trump accelerated the pace of pardons in the weeks leading up to Christmas, when he forgave almost fifty people in just over 24 hours, including two convicted in the Russian plot and four Blackwater contractors guilty of a massacre of civilians in Baghdad in 2007, in addition to three former Republican congressmen convicted of corruption.

However, the heavyweights of the macroindult were Paul Manafort, his former campaign manager; his friend and former adviser Roger Stone, sentenced to three years in prison for lying to Congress in the investigation of the Russian plot, and Charles Kushner, his father-in-law, guilty of tax evasion and illegal financing of the Republican campaign.