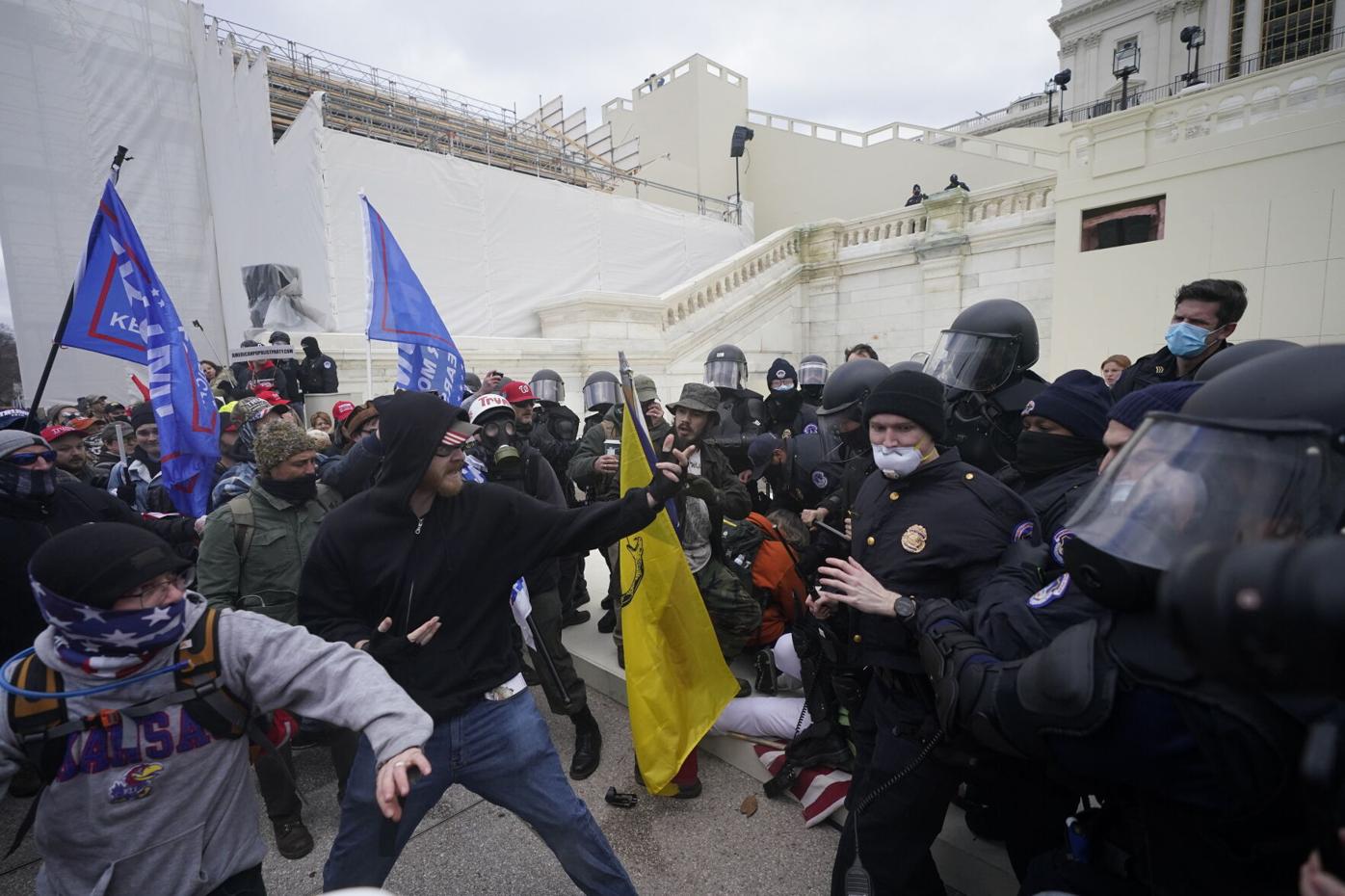 Trump Supporters Clash With Police, Sending US Capitol into Lockdown

The U.S. Capitol is locked down today with lawmakers inside as Supporters of President Donald Trump violently clashed with the state police.

At the announcement was made as lawmakers were meeting and expected to vote to affirm Joe Biden’s victory. Due to an “external security threat,” no one could enter or exit the Capitol complex, the recording said.

Both chambers abruptly went into recess, as the confrontation occurred outside in the very spot where president-elect Biden will be inaugurated in just two weeks.

Trump supporters, many wearing red MAGA hats but no face masks, gathered at The Ellipse where the president addressed them midday Wednesday. The crowd faced the White House and a stage was flanked by two big “Save America March” signs swayed to the beat of the Village People song “Macho Man” and Michael Jackson’s “Billy Jean.”Protesters tore down metal barricades at the bottom of the Capitol’s steps and were met by officers in riot gear. Some tried to push past the officers who held shields and officers could be seen firing pepper spray into the crowd to keep them back. Some in the crowd were shouting “traitors” as officers tried to keep them back.

As thousands of Trump supporters to climb up the side of the Capitol to get inside, bursts of what appeared to be gas cannisters are being fired though it’s unclear who is firing them. The scene on the ground is chaotic, Bowman says.

Earlier the mood was celebratory though the rhetoric was angry with speaker after speaker telling the crowd, “We can’t back down. This is just the beginning.” The president’s son Donald Trump Jr. greeted the crowd with: “Hello, Patriots!”

The melee came just shortly after Trump addressed thousands of his supporters, riling up the crowd, saying “We will not let them silence your voices,” Trump told the protesters, who had lined up before sunrise to get a prime position to hear the president.

Outside the U.S. Capitol, several dozen Trump supporters waved flags and prayed for “angel armies” to intervene, calling on lawmakers inside to “reject” the election.

A huge contingent of Proud Boys marched in, some chanting “storm the Capitol” and “1776!” and massed for the Capitol building.