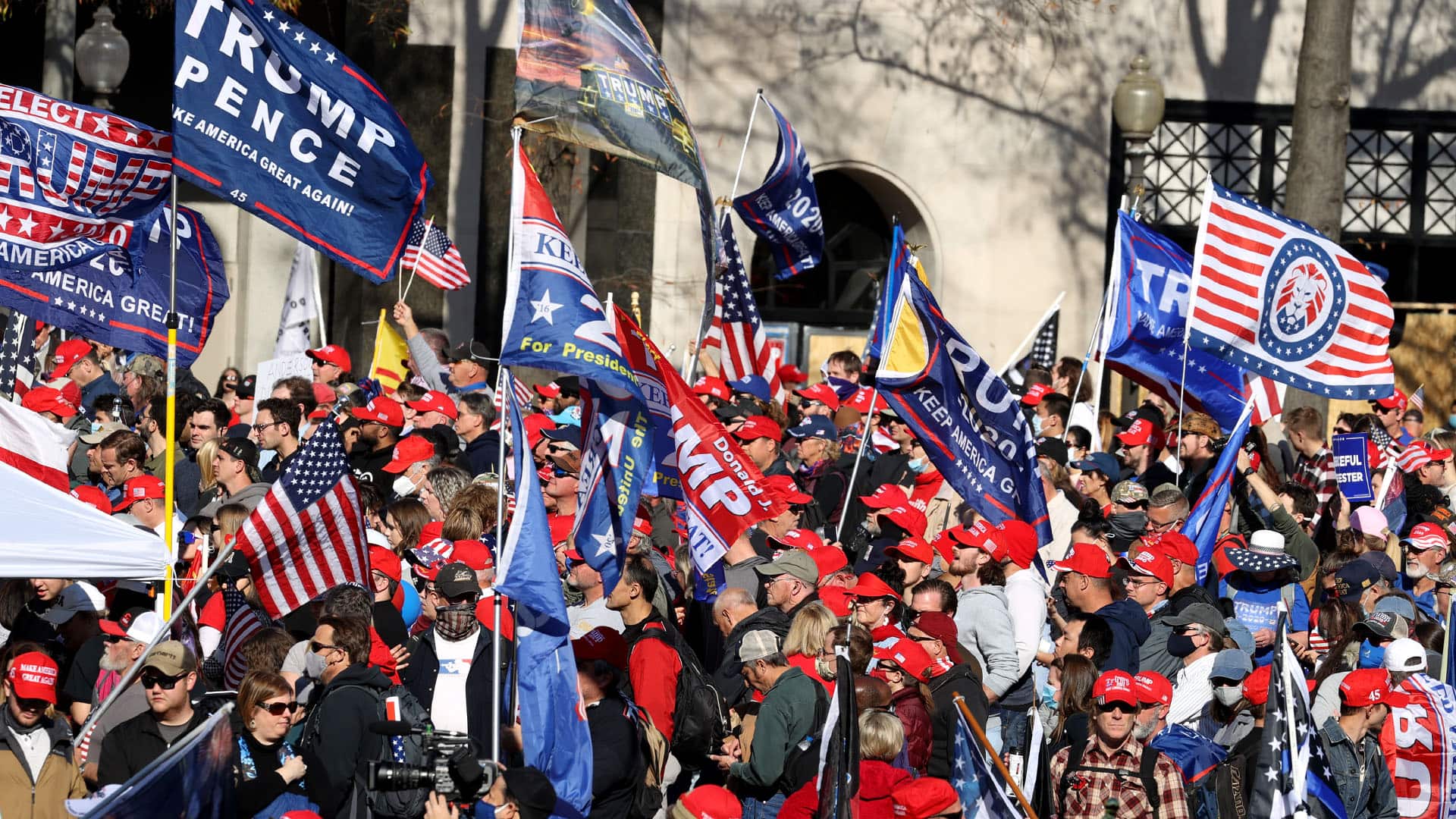 One day before the planned certification of Joe Biden’s election victory in the US presidential election in November, hundreds of supporters of the elected incumbent Donald Trump gathered for protests in Washington on Tuesday.

Trump, who still denies his defeat, had called on his supporters to take to the streets against the official confirmation of the election result by the US Congress. Trump wants to address his supporters personally on Wednesday.

“I’m going to speak at the Save America demonstration tomorrow,” Trump announced on Tuesday evening on Twitter. His address is scheduled for 11 a.m. (local time). Two hours later, the US Congress wants to meet to certify the results of the presidential election in the states on November 3.

Supporters of Trump gathered in Washington on Tuesday. Most of the around 300 demonstrators who gathered in Freedom Plaza near the White House by noon did not wear masks despite the high number of corona infections. Many also questioned the scientific knowledge about the pandemic.

In December, Trump urged his supporters to protest on Twitter against the certification of Biden’s election victory by Congress and predicted a “wild” day in Washington. For fear of violent riots, many business owners secured their shop windows in the center of the US capital with boards.

Right-wing groups such as the Proud Boys, who are considered to be ready to use violence, have also announced their participation in the protests in Washington. Rioting was therefore feared. On Monday, the police arrested the head of the group, Enrique Tarrio, who had traveled from Florida in the US capital.

The 36-year-old is said to have stolen and burned a poster of the “Black Lives Matter” movement from an Afro-American church and to have had two automatic weapon magazines with him when he was arrested.

The parliamentary confirmation of the election result is usually a matter of form in the USA. For this year, however, some Republican MPs and Senators announced moves to block the certification. However, these initiatives are considered hopeless.

Trump claims, without citing any evidence, that the November 3rd presidential election was fraudulent in favor of his challenger Biden. According to a December poll, more than half of Republican voters believe Trump’s statements, or at least think the election result is uncertain.