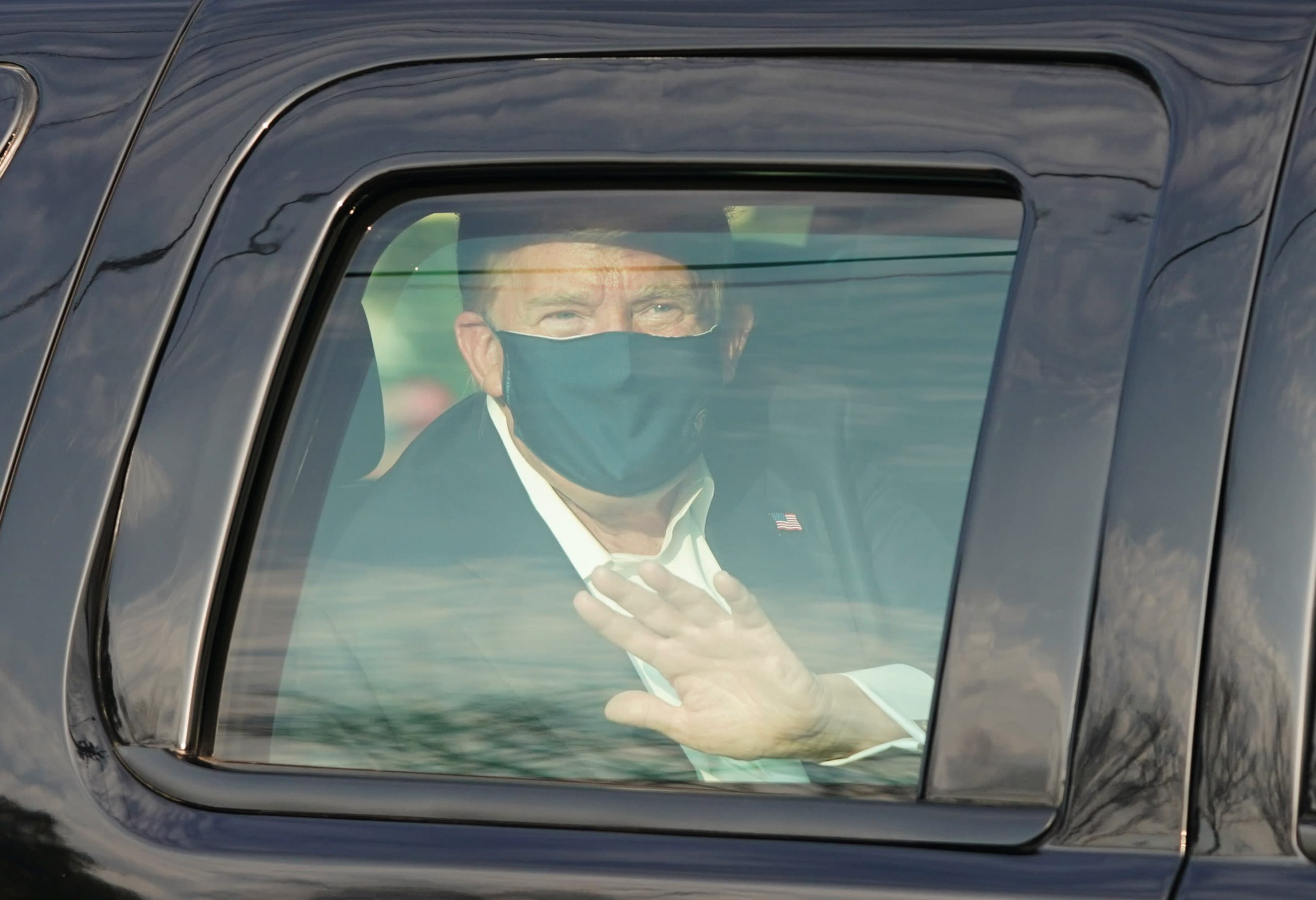 Medical experts are questioning Donald Trump’s decision to greet supporters in a drive-past outside the hospital where he is being treated for Covid-19.

There are concerns the US president, who wore a mask, may have endangered Secret Service staff inside the car.

White House spokesperson Judd Deere said the trip on Sunday had been “cleared by the medical team as safe”.

Questions remain over the seriousness of Mr Trump’s illness after conflicting statements over the weekend.

The president has been in hospital since Friday, after he announced hours earlier he had tested positive for the virus.

Covid-19 has infected nearly 7.4 million and killed nearly 210,000 people across the US, according to Johns Hopkins University.

A growing number of people around the president, including his wife Melania Trump, senior aides and Republican senators, have tested positive with the virus.

Mr Trump waved to well-wishers from behind the glass of a sealed car after tweeting that he would leave Walter Reed hospital, near Washington, to pay a “surprise visit” to “patriots” outside. Inside the car, at least two people could be seen wearing protective gear in the front seats, with Mr Trump sat in the back.

Experts say the president’s short car trip broke public health advice to quarantine when seeking treatment for the virus, and may have put Secret Service agents inside the vehicle at risk of infection.

“That Presidential SUV is not only bulletproof, but hermetically sealed against chemical attack. The risk of Covid-19 transmission inside is as high as it gets outside of medical procedures,” tweeted Dr James Philips, a doctor at the same hospital where the president is being treated.