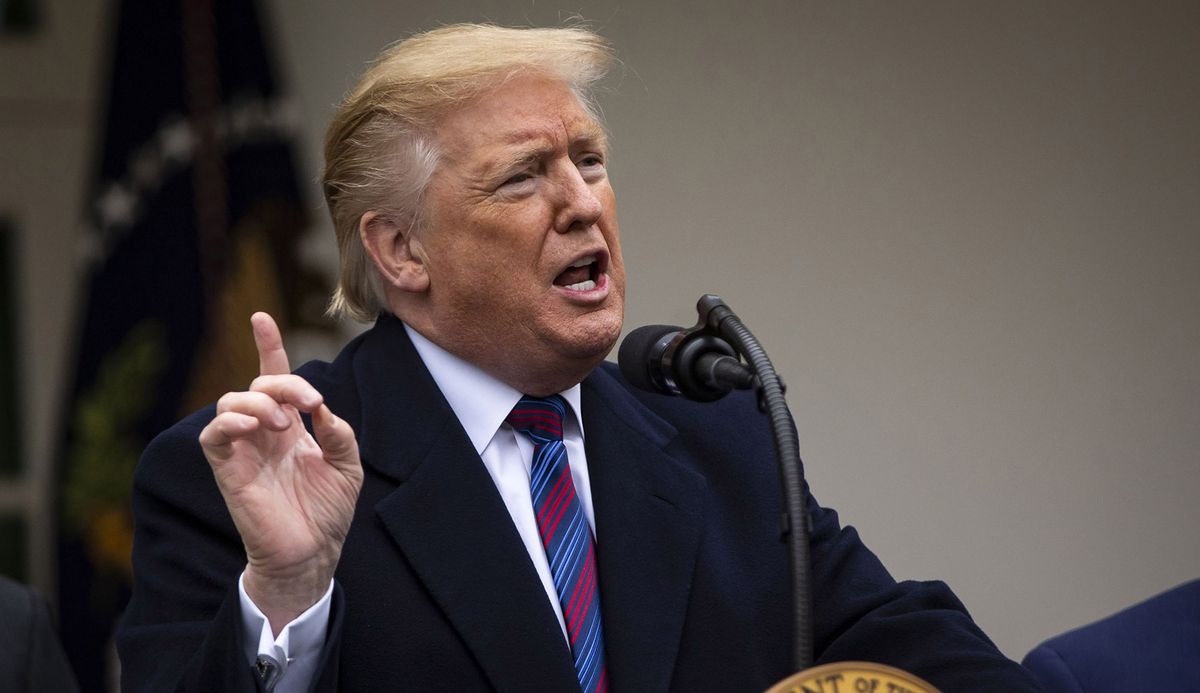 The President of the United States said rough sleepers were living on ‘our best highways, our best streets, our best entrances to building(s).’

Trump, who worked as a property developer before becoming president added, ‘People in those buildings pay tremendous taxes where they went to those locations because of the prestige.’

He said cities including San Francisco will ‘destroy themselves’ if they do not tackle the homeless crisis, and also blamed immigrants for worsening the problem. Speaking aboard Air Force One during a fundraising trip to California on Tuesday, the president explained: ‘In many cases, they came from other countries and they moved to Los Angeles or they moved to San Francisco because of the prestige of the city, and all of a sudden they have tents.

San Francisco is estimated to have 10,000 rough sleepers living on its streets ‘Hundreds and hundreds of tents and people living at the entrance to their office building. ‘And they want to leave. And the people of San Francisco are fed up, and the people of Los Angeles are fed up. ‘And we’re looking at it, and we’ll be doing something about it.’

Trump has sent officials to the golden state in a bid to tackle the burgeoning homeless crisis there, despite homelessness not being considered the responsibility of the US federal government.

Around 10,000 people are estimated to live on the streets of San Francisco. California Governor Gavon Newsom asked Trump to approve housing vouchers and increase their value to help people cope with rising rents across California.