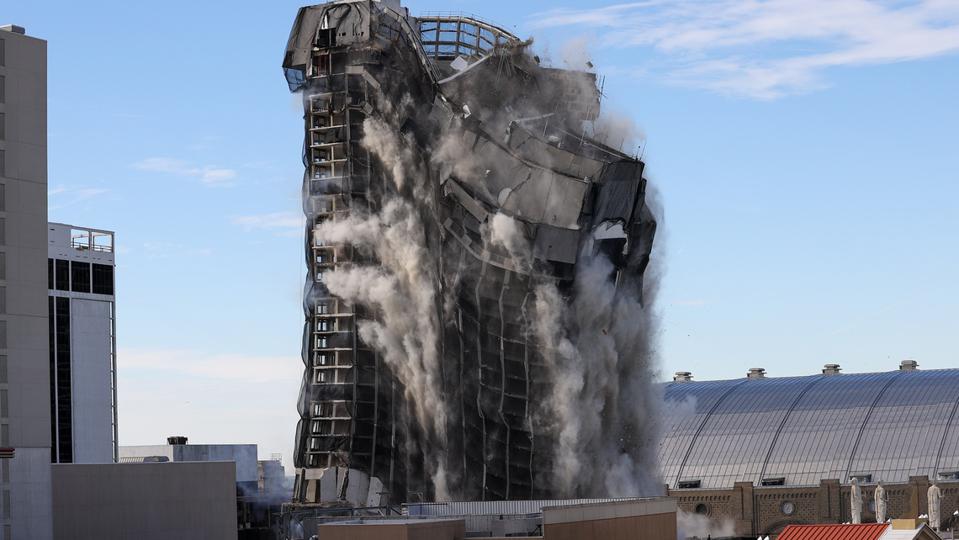 The old Trump Plaza Hotel and Casino has been closed since 2014. The building, once a promenade staple, had deteriorated so badly in recent years that pieces had started to peel off. It had been destroyed, leaving behind a large pile of rubble and smoke.

Bernie Dillon, the former casino events manager, said the hotel was once a hotspot for celebrities.

“The way we put Trump Plaza and the city of Atlantic City on the world map was really amazing. Everyone from Hulk Hogan to Mick Jagger and Keith Richards was the whole gamut of personalities, ”he said. One night before a Tyson fight, I stopped dead in my tracks and watched about four rows as the place filled up, and there were two guys leaning over nearby and having a private conversation: Jack Nicholson and Warren Beatty. ”

“It was often like this: you had Madonna and Sean Penn coming in, Barbra Streisand and Don Johnson, Muhammad Ali would be there, Oprah sitting with Donald at ringside,” Dillon recalls. “It was a special moment. I’m sorry to see him go. ”

Trump severed ties with the casino in 2009 after a series of bankruptcy filings, but his name continued to adorn the building for some time, according to the New York Times. Billionaire investor Carl C. Icahn bought it out of bankruptcy in 2016, the newspaper reported.

The demolition comes less than a month since Joe Biden was sworn in as president.