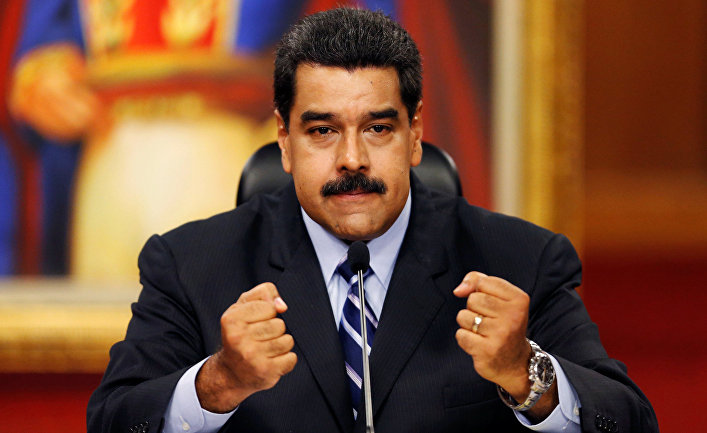 An official in the U.S. President Donald Trump administration tried to negotiate the departure of Venezuelan dictator Nicolas Maduro from power, the agency reported this Wednesday Bloomberg.

Specifically, the former acting director of National Intelligence and current ambassador to Germany, Richard Grenell, met in Mexico with the Minister of Communication of the dictatorship, Jorge Rodríguez, in September. However, his effort was unsuccessful.

The sources consulted by the US media gave contradictory versions about whether Grenell had the authorization of the government to carry out the talks. Two of them indicated that they indeed had the approval of Robert O’Brien, the administration’s national security adviser. One said that neither the secretary of state, Mike Pompeo, nor the special envoy for Venezuela, Elliott Abrams, were aware of the initiative until after its conclusion. None of the parties involved made statements about the event.

The United States is pursuing a “maximum pressure” strategy to bring about the end of the regime, which has been translated into the imposition of numerous sanctions on the dictatorship and its most prominent members, and at the same time offering emphatic support to the president in charge Juan Guaido.

The latest efforts in this line have been focused on rejecting the parliamentary elections called for next December 6th by Maduro. In fact, on Wednesday the Organization of American States supported a resolution that calls for “minimum democratic conditions” for the recognition of the results..

Specifically, the text presented by Colombia establishes that the recognition of the elections “will depend on the establishment of the necessary conditions of freedom, justice, impartiality and transparency, guaranteeing the participation of all political actors and citizens, the liberation of the prisoners politicians, with reasonable deadlines for its celebration and that have independent and credible international electoral observation ”.

However, it is already too late to establish observation missions because, as it is established for any country, These entities must supervise the entire process, not just on election day or the days before.

The Maduro regime invited an observation mission from the European Union (EU). However, the proposal did not prosper due to the refusal of the regime to postpone the elections, as requested by the supranational entity. Consequently, and as happened with the 2018 presidential elections, they will not enjoy the recognition of the vast majority of the international community..

Donald Trump himself had assured in June of this year that he would only meet with Maduro to discuss his departure from power. In parallel, the government has also presented a transition plan in the Caribbean country. It would require both Maduro and Guaidó to “step aside” and for elected members of the National Assembly to create a Council of State to serve as a transitional government, with the mission of organizing free and fair presidential elections.

In addition, the plan proposes a roadmap that contemplates a gradual lifting of sanctions as different requirements are met that lead to the end of the regime and the creation of a new government.