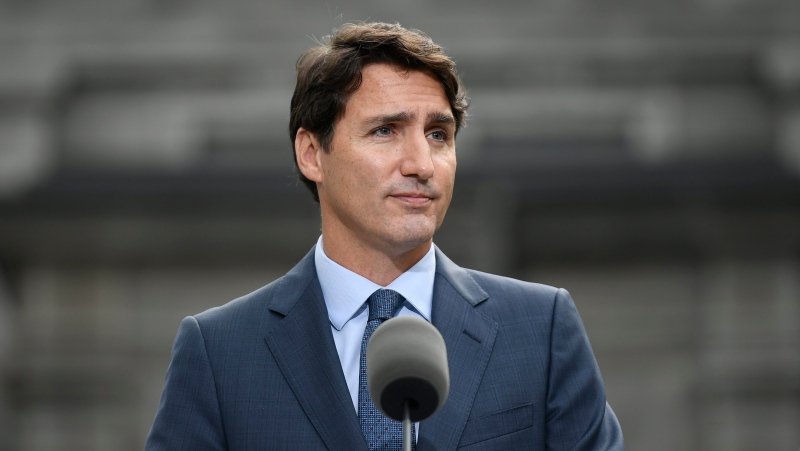 The general election comes as polls indicate his minority Liberal government looks within reach of forming a majority.

The 49-year-old Liberal leader says “Canadians need to choose how we finish the fight against Covid-19”.

Canadians will vote on 20 September, some two years ahead of schedule.

On Sunday, Mr Trudeau visited Canada’s Governor General Mary Simon – the representative of the Queen, Canada’s head of state – and asked her to dissolve Parliament.

The leader of the centrist Liberals said a general election was necessary so voters have a voice on the path forward at a “pivotal moment”.

In October 2019, voters handed him a minority, meaning he has had to rely on opposition parties to help him pass his agenda.

Opposition parties criticised the Liberals for calling a five-week long campaign during the pandemic’s latest wave simply for “political gain”.