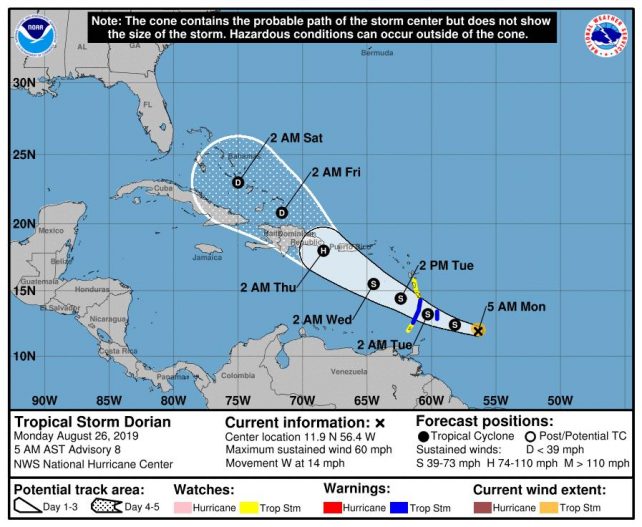 Dorian is moving towards the west at 14mph (22km/h). A turn toward the west-northwest is expected later today, with this motion continuing through Tuesday night.

On the forecast track, the center of Dorian is expected to be near the Windward Islands late today and tonight and move into the eastern Caribbean Sea on Tuesday.

Dorian could be near hurricane strength on Tuesday and Wednesday while it is over the eastern Caribbean Sea. Tropical-storm-force winds extend outward up to 45 miles (75 km) from the center.