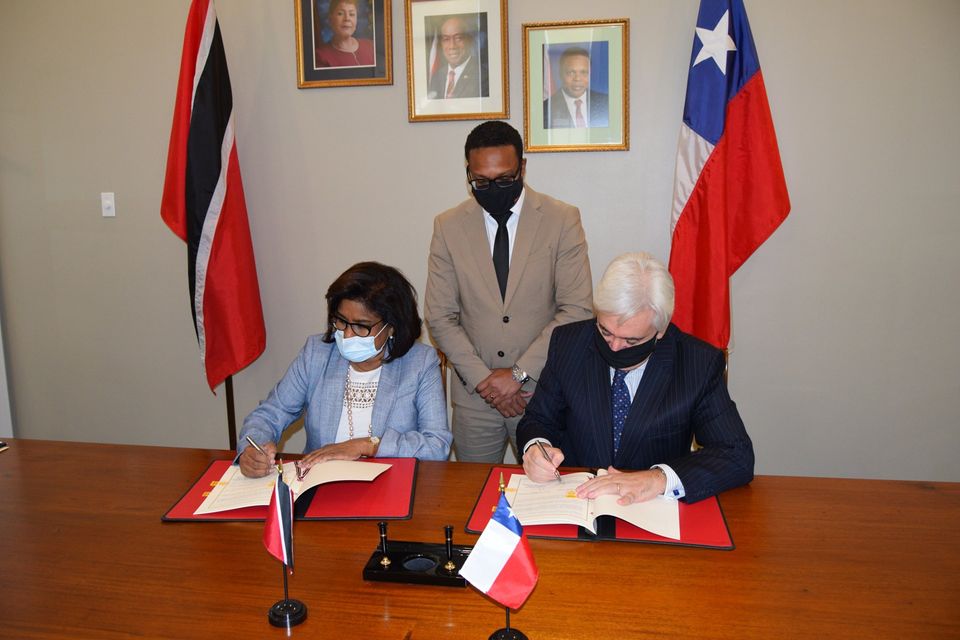 Trinidad & Tobago And Chile Begin First Round Of Trade Talks.

Trinidad and Tobago and Chile have commenced the First Round of Negotiations for the Partial Scope Trade Agreement between both countries.

The Ministry of Trade and Industry said the commencement of these negotiations is a significant milestone in deepening bilateral trade relations between both countries following the signing of the General Framework Agreement in October 2020.

In a media release, the Ministry said imports of selected inputs into manufacturing and consumer goods will have reduced duty.

This Agreement will also seek to eliminate non-tariff barriers and foster cooperation between the countries in mutual areas of interest, including trade facilitation and electronic trade.

“Buh A A”: African Man Hosts Baby Shower For His 6 Pregnant Girlfriends 0