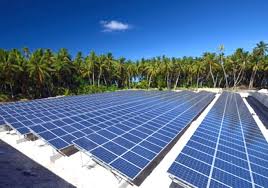 The population is assured government is taking action in support of what is being described as the green economy transition in Trinidad and Tobago.

Minister of Energy and Energy Industries and Minister in the Office of the Prime Minister, Stuart Young, gave the undertaking while contributing to the Pre-COP26 Public Seminar hosted Monday.

The seminar was hosted virtually as a collaboration between the United Nation’s Resident Coordination Office and the British High Commission of Trinidad and Tobago.

In a media release today, the Ministry of Energy and Energy Industries said it was held to discuss Trinidad and Tobago’s movement towards a green economy in preparation for COP26 which is only five days away.