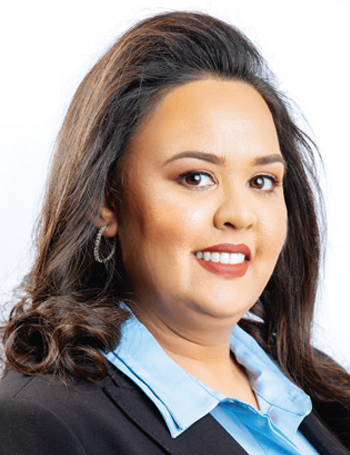 The Trinidad and Tobago Manufacturers Association has a new President.

Tricia Coosal, who has served as Vice President for the past two years, was appointed as the 65th President at the TTMA’s Annual General meeting at the Hyatt on Wednesday.

She succeeds Franka Costello as President, becoming the association’s third female president since its inception in 1956.

Coosal, an Executive Director of Finance and Administration at the Coosal’s Group of Companies, has been a Director with the TTMA for the past 4 years and also serves as chair of the Legislative Committee and is Vice Chair of the Infrastructure Committee.

Addressing the TTMA membership yesterday Coosal said, “To you the business community, in my capacity as President, I am committed to ensure an enabling environment is created. This allows for trade to prosper and grow, our manufacturing industry to expand and operate in a less than optimal environment, for the non-energy manufacturing sector to realize its potential to expand exports and to assist in the diversification policies of the government.”

Coosal thanked former President Costello and gave her commitment to work with the Minister of Trade and government of Trinidad and Tobago to improve the ease of doing business while also outlining anticipated challenges such as illicit trade and port issues.

TTPS get funds to acquire an additional 1,500 body cameras 0